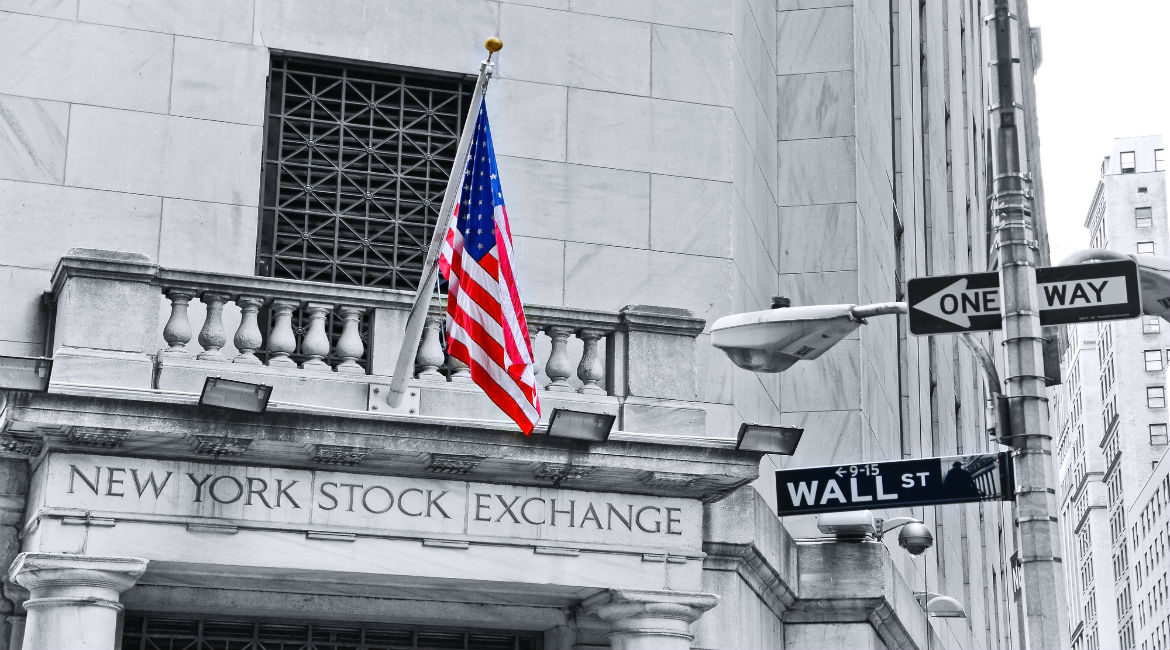 The Dow Jones has been impacted by bad news from US banks’ second-quarter results.

Wall Street has been showing mixed results lately. The Dow Jones has suffered from the recently published 2017 first-half results of the American banking sector. Among them, bad news from heavyweight Goldman Sachs has weighed on the US index. On July 18, for example, according to the final results, the Dow Jones Industrial Average index fell 0.25 percent, or 54.99 points, to 21,574.73 points. The Nasdaq, with a stronger technological component, gained 0.47 percent, or 29.87 points, to 6,344.31 points. And the S&P 500 Index increased by 0.06 percent, or 1.47 points, to 2,460.61 points, after having spent most of the session in the red.

“As long as corporate results continue to show strong earnings and revenue growth, as well as positive forecasts, markets may continue to increase slowly,” commented Quincy Krosby of Prudential Financial.

On the contrary, in the banking sector, some bad news—especially in trading—was released. The results of Bank of America (-0.50 percent) and especially Goldman Sachs (-2.60 percent) gave negative signals to the markets, resulting in Goldman Sachs bringing up the rear of the US stocks included in the Dow Jones index. Even though their profits exceeded expectations, the two institutions confirmed the difficulties of their brokerage and trading activities due to the uncertainty of financial markets surrounding the Trump Administration’s promises for reform. This resulted in a 19-percent fall in fixed income at JPMorgan Chase, a 9-percent decrease at Bank of America and a 6-percent drop at Citigoup.

Goldman Sachs is the US bank that suffered the most in the first half.

Goldman Sachs announced a 40-percent drop in its bond-trading income to $1.16 billion (€1 billion). It was its flagship brokerage, commodities and foreign-exchange rates division (FICC – fixed income, currency and commodities) that was badly hit. The quarter was marked by “a low level of volatility, low customer activity and generally difficult conditions for market makers”, according to the bank—suffering from comparison with its second-quarter 2016 results, which had been boosted by the effects of Brexit. In total, trading income fell 17 percent year-on-year to $3 billion.

Goldman signed the worst performance of the US banks that have already released their second-quarter results. Against a backdrop of low activity in the fixed-income markets, this bank was more penalized than its competitors JPMorgan (-19 percent) and Citigroup (-6 percent). On the other hand, the bank performed better in equity trading, for which its revenues rose 8 percent to $1.89 billion, its best performance since the second quarter of 2015. For the second quarter as a whole, the bank posted net income of $1.63 billion, almost unchanged from the same period in 2016. Earnings per share increased to $3.95, compared with $3.72 a year earlier, as a result of buyback of securities that reduced the number of shares outstanding by 6 percent. This is even better than expected: analysts surveyed by Thomson Reuters had estimated an average $3.39 per share. However, on the announcement of its results, Goldman Sachs’ shares fell 2.2 percent on Wall Street on July 18, impacting the Dow Jones substantially.

“This was the worst quarter in the commodity trading business since we were quoted on 73 quarters,” admitted Goldman’s CFO Martin Chavez.

Diversification for US banks becomes crucial in an uncertain political and economic environment.

Goldman Sachs, the world’s largest merchant bank in the mergers-and-acquisitions ranking and fifth largest bank in the US by total assets, had already admitted its under-performance in the first quarter. Its leading position in commodities dates back to its acquisition in 1981 by broker J. Aron & Co, a specialist in metals and agricultural raw materials.

“A mixed operating environment persisted in the second quarter as conditions continued to support underwriting and mergers and acquisitions while limiting some market-making activities,” commented CEO Lloyd Blankfein, in his official press release published on July 18. He also pointed out that revenues as a whole and profitability have increased, thanks to the diversity of its activities. In order to reduce its dependence on trading, Goldman Sachs has grown into more stable activities, such as asset management, which generated $1.53 billion in revenues in the second quarter, up by 13 percent from last year.

It is true that the banking competitors of Goldman Sachs have better re-balanced their activities. No one can escape the decline in trading. And Bank of America saw its brokerage revenues decline by 9 percent to $3.2 billion. But the second largest US bank by assets was able to compensate for this under-performance with its large retail-banking division. Thus, Bank of America’s net income rose by 21 percent to $2 billion, and net banking income was up by 9 percent to $8.5 billion. So its profit for the quarter was $5.3 billion, up by 10 percent over one year.

Diversification by US banks is definitely crucial in 2017’s uncertain political and economic environment.

Swiss Wealth-Management Industry Is Looking to Strengthen in Asia

A Gap in Global Trade Finance of Around $1.6 Trillion per Year