Top Posts
International Women’s Day – An Industry Reflection
Consumer Privacy; Corporate Responsibility?
Why 2020 Could Be a Turning Point for...
Why are UK Landlords Leaving the Rental Market?
Hong Kong-China Unrest and the Implications for China’s...
Tactics for Keeping your Top Team Happy
Home The C-SuiteChief Executive Officer (CEO) The Glass Ceiling: Challenges Faced by Women in the C-Suite
Chief Executive Officer (CEO)The C-Suite

The Glass Ceiling: Challenges Faced by Women in the C-Suite 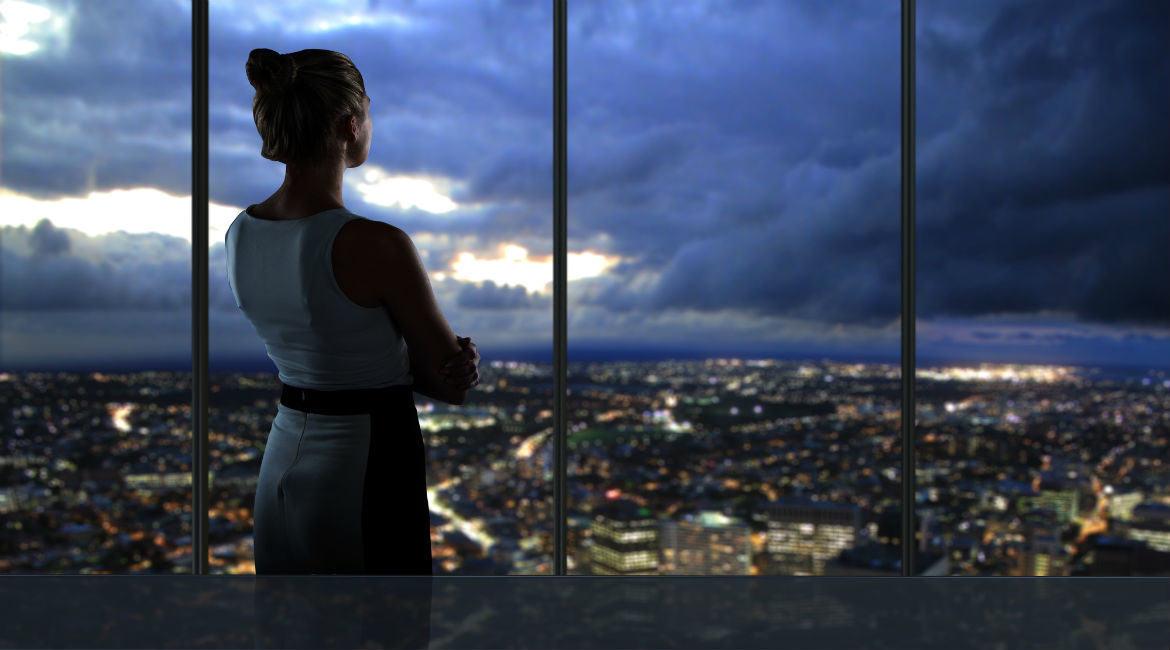 Today’s rapidly changing business landscape has paved the way for more diversity in the workplace, particularly in the C-Suite. However, according to a report by Pew Research, only 26 women are in CEO roles in Fortune 500 companies. Therefore, the likes of celebrated female leaders such as Marissa Mayer (Yahoo), Margo Georgiadis (Ancestry), Indra Nooyi (PepsiCo.) and Sheryl Sandberg (Facebook) seem to remain as exceptions to the rule rather than the norm.

Over the years, companies such as Avon, DuPont, General Motors, Hewlett-Packard, IBM, Lockheed Martin and Oracle have taken the lead and set the trend for women in powerful business positions. They claim the highest number of female CEOs in the history of Fortune 500 companies.

Things seem to keep looking up for women in leadership, albeit in a slow fashion. This is largely due to the fact that underneath what we can call successes in female empowerment and gender equality in the workplace, there are still challenges that women face—not just upon reaching the top of the organization but also on the way there.

Equality in the workplace

Society has come a long way in the race to gender equality, and yet there’s still more ground to cover. In fact, gender bias is deeply rooted and its effects are profound. Men, and even other women, may not even be aware that they are making decisions based on these biases.

For example, ambition and assertiveness are qualities that are normal and even admirable in men. However, when women display these traits, it’s unfeminine and unappealing—as if appeal and attractiveness even have a place in succeeding at the top. And yet, these are realities women with senior roles face on a regular basis.

In a study conducted by Joan C. Williams of the University of California, the most common gender bias that women executives face is the “prove-it-again” bias. Here, women need to perform better than men to be seen as equally competent. And when they make mistakes, they are magnified and remembered longer, as if these mistakes prove they’re not fit for the roles in the first place.

These and a range of other stereotypes hold women back from leadership roles, further stretching the centuries-old gender disparity, especially in the continuing male-dominated industries, such as the energy industry in which there are no women CEOs.

The burden of work-life balance

Work-life balance, which is actually work-family balance, is also a major obstacle to women getting into senior roles and staying there. This work-family dilemma presents itself as if it’s just every woman’s obligation to bear. This is exactly the reason why, even in the top echelons of big companies, women are gently yet resolutely nudged off the leadership path more frequently than men.

Add this to the fact that not every country in the world is generous in granting paid maternity leaves to mothers with guarantees that they can return to their previous jobs. More often than not, women feel out of touch after returning from maternity leaves, and this is largely due to lack of understanding in the workforce. Also, many women in leadership roles feel there’s a motherhood penalty against fair compensation and promotion, while at the same time a necessity to grapple for nannies and childcare services that are costly and not readily available.

The burden of this balancing act often falls on women in business leadership roles, as the bias stems from the ancient idea that women belong in the house and should take care of the kids.

Getting support and building alliances

All over the world, you’ll hear stories of women being put down and told they don’t belong at the table. They don’t receive support from their colleagues, especially in industries that are stubbornly male-dominated.

According to an article by Fast Company, 47 percent of women surveyed in the United States believed that men have better access to career growth and professional development opportunities. In fact, women aren’t given enough high-budget and high-profile assignments that can help propel them to the C-Suite.

Furthermore, compared to their male counterparts, more women are limited to supporting roles, such as human resources and accounting—positions that don’t have as much influence on a company’s fundamental power structure. These roles, when looked at at the surface level, may indicate that women are being boosted up the corporate ladder more today than in previous generations. But are these gains enough? The reality is, when you pull back the curtain, these C-Suite roles that women get are actually the jobs with the lowest risks. These positions also don’t put many women in the pipeline to become their firms’ next CEOs.

from the Rockefeller Foundation and the Thomson Reuters Foundation shows that one in ten women who participated in the global survey said that pay is one of the most pressing issues they face. The global wage disparity between men and women is profound and persistent across all levels of the organization.

According to the Institute for Women’s Policy Research (IWPR), women earn an average of only 66 percent of what men receive. And looking at the trends over the years, especially the slow progress towards pay equality, it would take 41 years for women to finally take home the same pay men do. For women of color, however, the progress is much slower.

In fact, many women would have to study more, earn more MBAs and/or have more experience if they want to receive the same amount as men in the same positions doing the exact same things. This may also be due to the fact that women are scrutinized based on what they have already delivered to the table, what results they have produced. Meanwhile, men are judged based on their potential.

Is there really progress?

Let’s be clear. The workforce is full of talented women. It always has been. There are many intelligent, capable and competitive women who can take on roles that men traditionally dominate. And, in fact, you could say that there are more in the pipeline, as female college students outnumber males six to one, and they’re soon bound to saturate the workforce as well. However, only roughly 4 percent of these women ever make it to the top of the professional ladder. Many are stuck under the glass ceiling. Oddly enough, a recent study conducted by the Peterson Institute for International Economics has shown that companies that have more women in top management positions show an associated 15-percent jump in profits.

So, the disconnect really does occur somewhere between the talent pool and the corporate pinnacle—which is in itself a big, obstacle-ridden world to navigate. Many structures and prejudices are still, unfortunately, present. Deeply rooted and unexamined practices, as well as the undercurrent of second-generation gender bias, continue to be insidious. These then prevent women from reaching their potentials and shining in top management positions, through which they have a huge and evident potential to lift the bottom line.

In order to overcome these challenges and have more women in the C-Suite as well as in key leadership roles, employers need to rectify how they hire and advance women in the workplace. By tackling prejudices and barriers, as well as policies that favor men, employers can empower women to make a stronger case for themselves and aspire for the brass ring.

Technology and the Evolving Role of the CFO

The Big Four and Their Breakup: Is It...

Don’t Pass the Buck: Why Finance Needs to...

Why Biometrics are the Need of the Hour...

Why HNW Mortgages Are More Complicated Than They...

What Could Brexit Mean for the UK Property...