Top Posts
International Women’s Day – An Industry Reflection
Consumer Privacy; Corporate Responsibility?
Why 2020 Could Be a Turning Point for...
Why are UK Landlords Leaving the Rental Market?
Hong Kong-China Unrest and the Implications for China’s...
Tactics for Keeping your Top Team Happy
Home Editor's Pick Sudden Meteorological Troubles for US Cotton Trade
The C-Suite 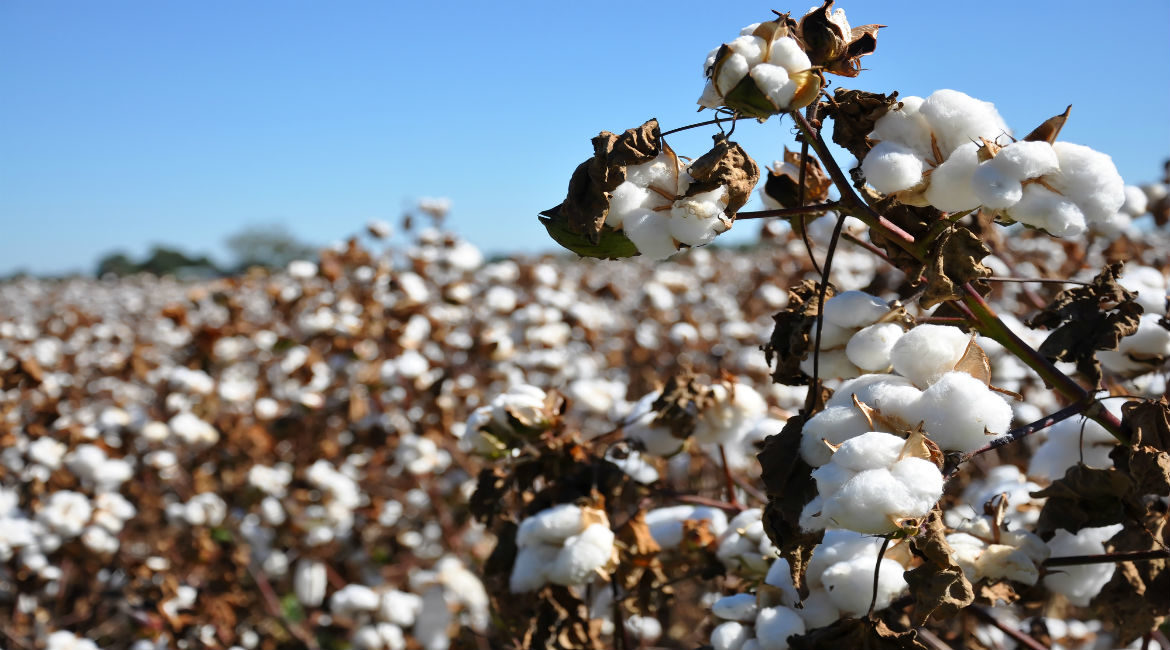 Despite the rise of synthetic fibres, cotton remains a major contributor to the textile market, with a share of about 40 percent. World production of this natural fibre is estimated at 30 million tons per year, with the main producers in 2016 being India and China, ahead of the United States and Pakistan. However, the United States remains the leading exporting country.

Cotton prices have fallen sharply since the beginning of 2017, from almost $78 to around $68 per 100 pounds, with the assumption from the United States Department of Agriculture (USDA) estimating an increase in world supply in 2017-18 by 8 percent to 24.9 million tons due entirely to an 8 percent expansion in the world’s cotton area to 31.7 million hectares. India is expected to remain the world’s largest producer in 2017-18, with output increasing by 6 percent to 6.1 million tons. After falling by 6 percent in 2016-17, China’s production is projected to rebound by 7 percent to 5.2 million tons.

Before Hurricane Harvey, production in the United States was expected to rise by 10 percent to 4.1 million tons.

High prices, sufficient soil moisture in dryland areas and beneficial weather during planting encouraged US farmers to expand their cotton areas by 18 percent to 4.5 million hectares. Global demand remains dynamic with respect to US exports, which show record levels. Exports increased by more than 50 percent between 2015-16 and 2016-17, with 2 million tons for 2015-16 and 3.2 million tons for 2016-17.

Two points should also be borne in mind. On the one hand, the evolution of Chinese cotton stocks will continue to influence prices. One of the specificities of this market is that more than half of the world’s stocks are held by China with 8.5 million tons at the end of the period. As a result, Beijing has the means to flood the physical market at any time.

On the other hand, the dynamics of oil prices remain paramount in the analysis of the price of cotton since they directly affect the competitiveness of synthetic fibres. In other words, a sustained increase in the price of a barrel of oil would oblige textile producers to arbitrate in favour of the natural fibre, which would become relatively cheaper.

But recently Hurricane Harvey threatened the culture and stocks of cotton in Texas and Louisiana, two of the biggest cotton-producing states in the United States.

Texas, producing a quarter of the country’s annual output, is the leader in this sector. The torrential rains and floods in the region starting Friday, August 25, with the arrival of Hurricane Harvey could destroy several fields of cotton, according to analysts. Because cotton is a fragile shrub, precipitation can easily pull out cotton fibres.

“While about 98 percent of the cotton in the Corpus Christi area had been harvested, that doesn’t mean that the crop is safe from contamination by flooding,” explained Sarah Whitten, reporter of CNBC. She added, “Any supplies that were shipped to the area from other parts of the country and are slated to be exported from the Texas Gulf are also at risk for contamination…. Farmers in the area use cotton modules to pound the crop into large rectangular blocks. These blocks are then covered with a secured tarp and left out in the fields until there is room for the crop at the gin. These bundles are susceptible to wind and saturation damage from the storm”.

Harvey could lead to a $150 million loss for the Texan cotton industry. On a US scale, the country could lose between 200,000 and 300,000 bales of cotton, according to a consultant from INTL FCStone. Warehouses with large stocks of cotton are at risk of being destroyed or damaged by flooding.

VThe US Department of Agriculture had announced two weeks earlier an exceptional cotton production for 2017, with about 20.5 million cotton bales produced. This is the largest production in the country for 11 years. In addition, world cotton reserves will continue to rise, notably thanks to Indian and Chinese production.

As a result, prices for cotton traded in New York rose again.

The pound of cotton for delivery in December, the most active contract on the Intercontinental Exchange (ICE), ended Friday, August 25, at 68.15 cents against 67.28 cents the previous weekend (+1.49 percent). The Cotlook A Index, the daily average of the five lowest cotton prices on the physical market in Eastern ports, was $79.00 per 100 pounds on Thursday, down from $77.40 a week earlier (+2.07 percent).

Commerzbank explained that the rise in prices of the white fibre would not last, as Indian and Chinese production would remain high, and American production will stay high in the long-term. Still, the Food and Drug Administration (FDA) warned that crops exposed to flood waters should not be eaten and should be disposed of instead. The question now is whether all types of assistance provided to US cotton producers will be sufficient to cover the American farmers’ losses. This assistance was estimated at US$1.1 billion, or 18 cents per pound in 2015-16. No doubt it will be higher in 2017-18.