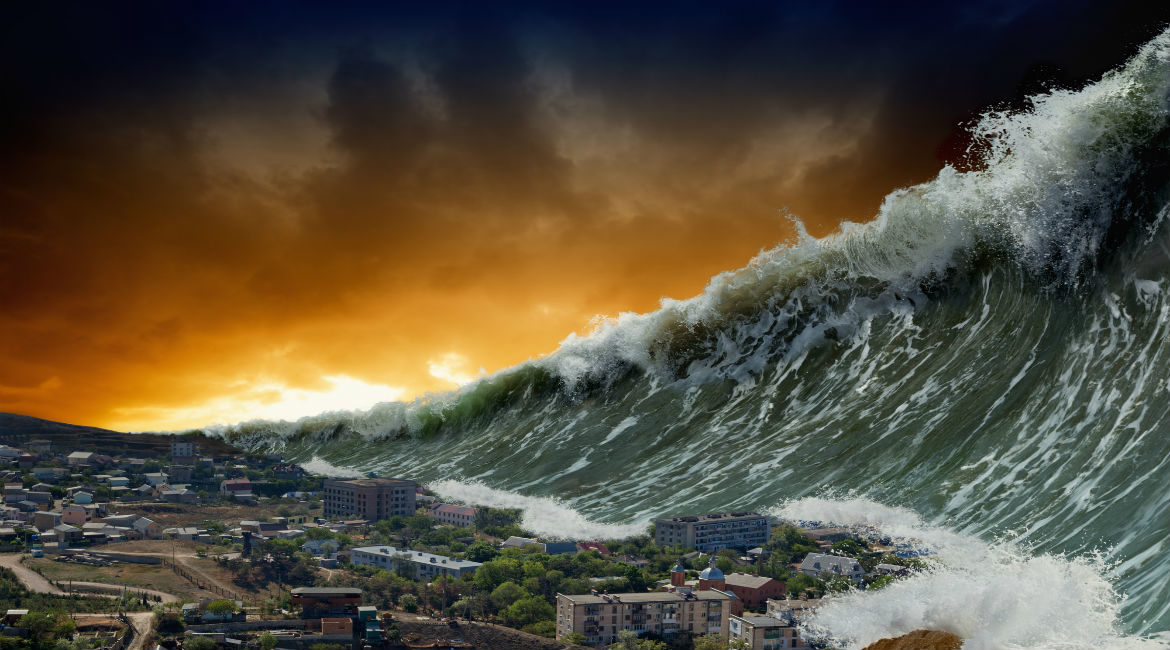 Climate change commonly concerns financial investors through the opportunities to invest in green bonds, green sectors, environment-friendly assets. However, the climate-change issue is now taking another turn. Investors are not only concerned if the companies in which they invest have environmental governances, but if they can be financially impacted by changes in the climate.

In a study published in April 2016 by researchers at the Grantham Research Institute on Climate Change and the Environment at the London School of Economics and Political Science and Vivid Economics, it is estimated that an average of US$2.5 trillion financial assets would be at risk if global surface temperature rises 2.5°C (4.5°F) above its pre-industrial level by 2100. This figure represents 1.8 percent of the world’s financial assets. It also represents 50 percent of the $5 trillion total capitalisation of fossil-fuel companies today.

Of course, even if those sums are large, examples of strong devaluations have already been seen in the past: the market capitalization of the four largest coal producers in the United States has declined by more than 90 percent over the past six years.

But the authors of the Grantham Research Institute study are also very cautious about the assessment made, because of large losses that could still occur:

The costs of reducing greenhouse-gas emissions to limit warming to 2°C would be largely absorbed by the increase in the value of financial assets. Another financial study made by Schroders, the United Kingdom’s largest-listed asset manager, estimated that on average between 15 and 20 percent of company cash flows are at risk because of climate change.

Andy Howard, head of sustainable research at Schroders, declared that investors won’t be able to ignore the impact of climate change. Global warming is a real problem—not just a societal one, but a financial one.

In fact, if figures are still unknown and difficult to assess, the types of financial impacts that investors could face because of the change in climate are numerous.

For the time being, the most quoted risk for an investor could come from the lack of information in financial statements on the impacts of climate change. One can easily think of the oil companies that could suffer from a progressive decrease of fossil-energy consumption in the world, and the financial impacts on their reserves and activities. They should publish their assessments of the financial impacts to inform investors about potential risks. This does not seem to be clear everywhere.

But it also appears that some communities are now seeking for fossil-fuel companies to take responsibility for natural catastrophes. They are starting to demand that fossil-fuel companies pay climate costs, such as those that result from wildfires and drought. In Canada, the District of Highlands, a municipal area outside Victoria, British Columbia, sent a “climate accountability letter” recently to ask fuel companies to pay their fair shares of natural catastrophes. The assumption that 100 percent of those costs will be charged to taxpayers seems to be being challenged.

Beyond the costs of damages caused by warming climate (floods, droughts, fires), there will be the costs of implementing new infrastructure. In Miami, for instance, the roads have to be elevated above rising sea levels. According to researchers at the Grantham Research Institute, global warming combined with changing rainfall patterns will result in significant investments in the installation of new water techniques and sanitation systems throughout the world. In Africa, losses due to lack of access to quality water and basic sanitation are estimated at about $28.4 billion per year, or nearly 5 percent of gross domestic product (GDP). On the contrary, it is estimated that every dollar invested to improve access to water will result in gains of $3 to $34.

Whether it is to prevent the warming of our planet, change our techniques of producing energy or cure the damages caused by the climate, there is no doubt that investors are now concerned about the material risks around climate change. They are feeling pressured to ensure that the companies in which they invest are well-positioned to transition to a plus-2-degree world.

Important investors (Black Rock, Exxon’s key shareholder, for instance) and pension funds are now demanding that companies assess and take action to protect their business models from climate change. Governments and regulators are also concerned about the financial disclosures of any material impacts that the change of climate can bring. In Canada, for instance, the standards organisation CSA Group recently launched an anonymous survey to check on how companies are disclosing the financial impacts of climate change in their financial statements.

There is no doubt that climate change’s financial impacts will be among the utmost preoccupations of the financial sector in the future.

Is Energy Derived from Coal-Power Stations Cheaper than That from Renewable-Energy Stations?