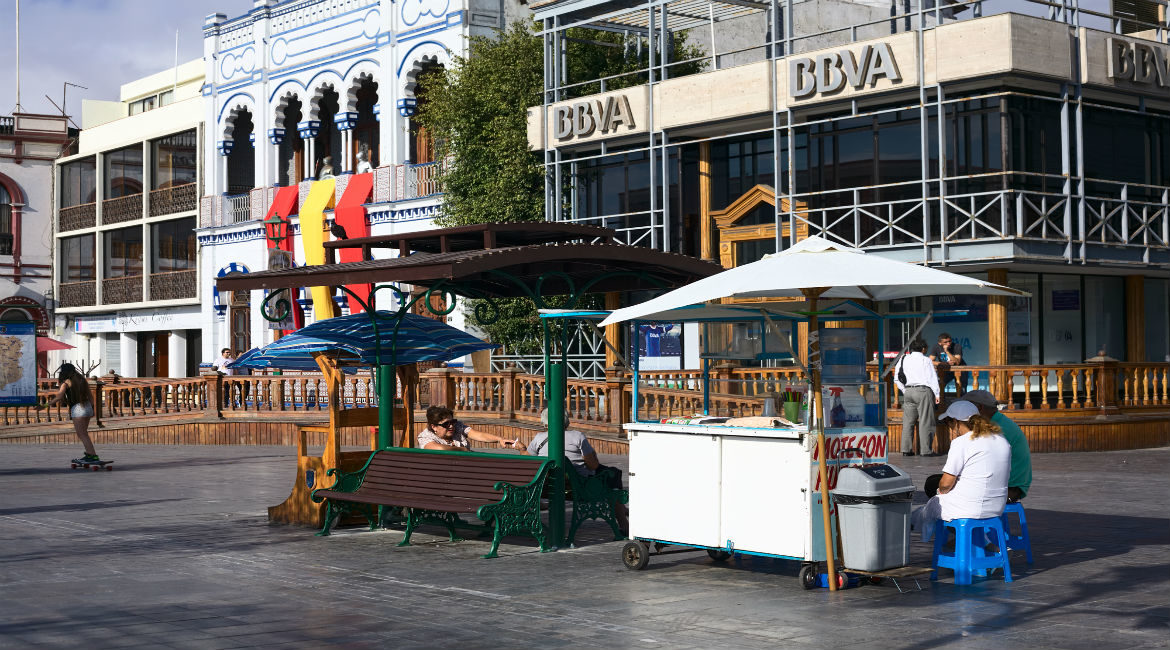 Canada’s largest international bank, the Bank of Nova Scotia, has recently revealed that it is in exploratory talks with Spanish Banco Bilbao Vizcaya Argentaria (BBVA) to purchase up to 100 percent of its retail bank operations in Chile. The Toronto-based Bank of Nova Scotia—commonly called Scotiabank—has confirmed that it is in talks to purchase BBVA Chile, which is currently valued at US$1.4 billion, from Spain’s second-largest lender. Although neither party has been able to confirm whether they expect the negotiations to result in a final sale, both appear confident that they can reach an agreement in the next few months. The current conditions of both banks, coupled with the prevailing economic trends in the Chilean region, suggest that the deal is beneficial to the stated aims of both organizations.

While the details of the negotiations have been described as “non-binding” and “exploratory”, the pre-existing conditions give some clue as to what the deal will most likely resemble. While BBVA currently owns 68 percent of BBVA Chile, the Chilean Said family owns another 29 percent, and the remaining shares currently remain in free float. BBVA is currently seeking to simplify its structure and previously announced that earnings in South America had fallen 3 percent in the first half of 2017. While Chile did yield a net profit in the same time period, markets are not keen on the complexity of BBVA’s structure, and a retention of BBVA Chile would require further expansion to satisfy its targets within the Chilean markets. The alternative is the sale of its Chilean retail operations, which has now brought Scotiabank into the fray.

Scotiabank has made no secret that Chile is an important market for its Americas strategy. Scotiabank has for some time been the Canadian bank with the largest international footprint. In particular, it boasts considerable presence in Latin America and is quickly becoming one of the region’s leading financial investors. Integral to this plan is Scotiabank’s Pacific Alliance strategy. The Pacific Alliance trade bloc—consisting of Chile, Mexico, Colombia and Peru—promotes market-friendly policies and liberal economic integration to foster regional growth. As an observer nation of the agreement, Canada’s institutions are keen to capitalize on the opportunities for growth and investment. Scotiabank leads the charge on engaging the Pacific Alliance and has made no secret of the fact that the Chilean markets are essential to its strategy. Thus, it is likely that Scotiabank is willing to capitulate on many issues if it is able to secure a key piece in its grand Pacific Alliance strategy.

BBVA, however, has stated that it does not plan to exit the country altogether. While BBVA Chile represents substantial earnings for the Spanish bank, the company also boasts a Chilean consumer finance unit with robust earnings. As a strategy, the sale of BBVA Chile would be a reversal of BBVA’s traditional approach of acquiring assets to offset losses in other departments. This suggests, as Berenberg analysts confirm, that the company seeks to reduce its global footprint and focus its operations.

The sale will likely go through, as the deal would be beneficial to the stated aims of both companies. Both companies have expressed considerable interest in completing the sale—now the result relies on how well negotiations go between both companies. The Chilean government will likely encourage the sale, as growth and investment have been stagnant since 2014’s commodity-price collapse depressed copper revenue. With market-friendly former President Sebastián Piñera set to win in November’s national election, expect a better investment environment with reduced barriers and a more flexible peso.