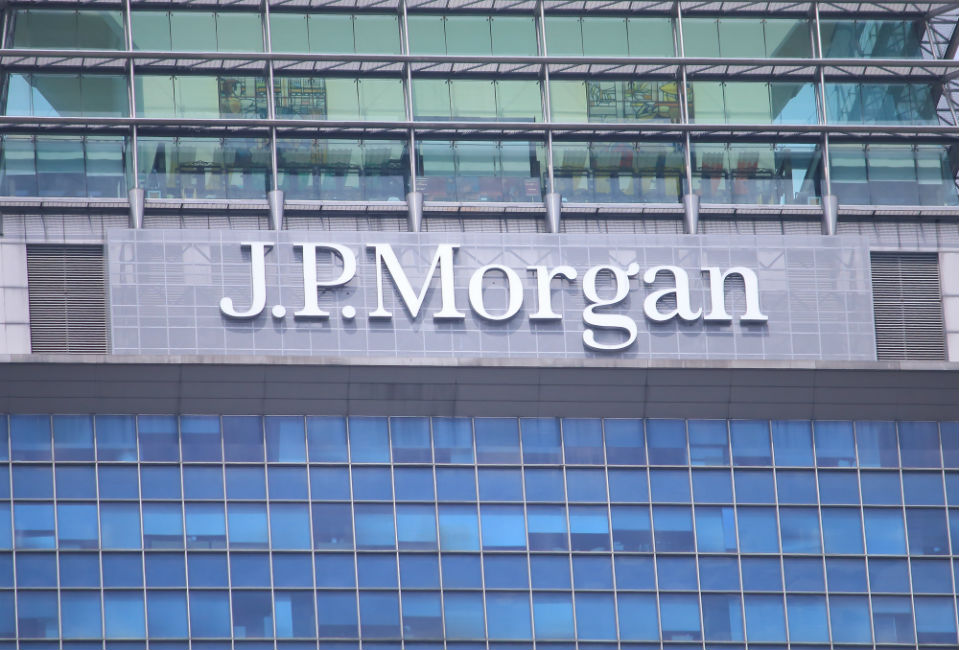 A new accounting standard that comes into effect from 2020 will reduce profits at American banks as it will require them to book credit losses at the time of the origination of a loan. Currently losses are recorded only when it is probable that a loss event has occurred.

The recently announced rule, also known as the current expected credit loss model (CECL), was first proposed by the Financial Accounting Standards Board (FASB) in 2012. CECL will come into effect in 2020 for financial institutions registered with the Securities and Exchange Commission and in 2021 for other lenders. 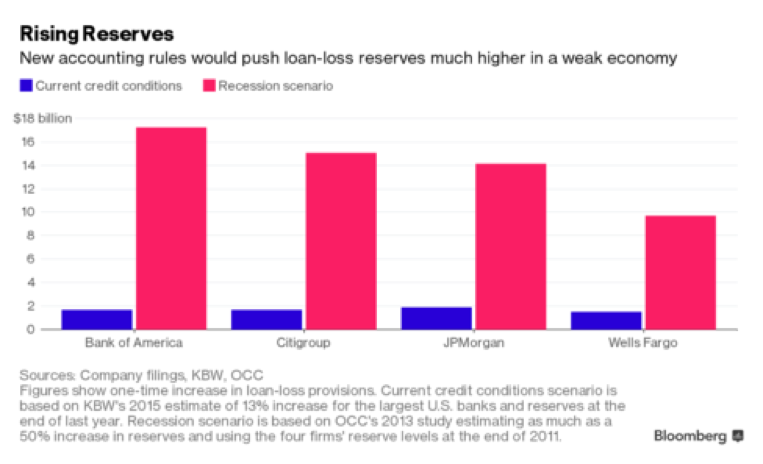 According to a Bloomberg report, the amount of reserves to be created as a result of the new rule will depend on how the economy is doing when the standard becomes applicable in 2020. Currently credit conditions are favourable, and if these persist until 2020, the hit to bank balance sheets could be fairly low. But if there is a recession, banks would have to set aside large amounts for future losses, leading to a significant fall in profits.

The new accounting standard has the potential to lower JPMorgan Chase & Co.’s profits by $12 billion and Bank of America Corp.’s by about $16 billion. Christopher Wolfe, a bank analyst at Fitch Ratings, has observed that it is practically impossible to predict the economic scenario in 2020, and hence estimating the extent to which bank profits would be reduced is very difficult.

Most analysts hold the view that the reduction in profits because of CECL would be substantial. In 2013 the Office of the Comptroller of the Currency, an independent bureau within the US Department of the Treasury established to regulate banks and savings associations, estimated that the change proposed by the FASB would result in banks increasing loan-loss reserves by 30 to 50 percent.

Reason for the introduction of CECL

The FASB has introduced this new accounting standard in a bid to prevent a recurrence of the lending behaviour prevalent in the period before the great financial crisis (GFC). In the four years leading up to 2008, loans held by banks rose by 45 percent, while reserves for losses fell by 10 percent. As a result, loan-loss reserves as a percentage of gross loans were at their lowest level in several decades just before the GFC. Reserves climbed steadily in the years after 2008, to reach a peak of 3.5 percent in 2010. 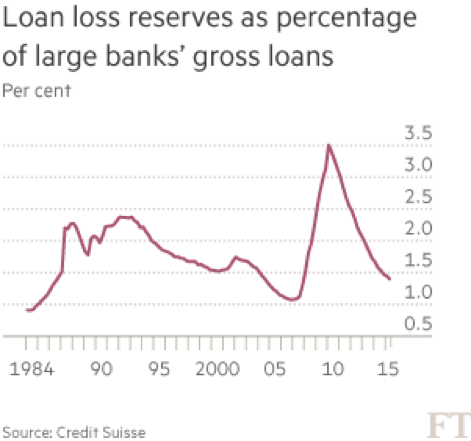 Since then, they have steadily fallen once again and currently stand at about 1.4 percent, according to data released by the Federal Deposit Insurance Corporation. The Financial Times reports that loan-loss reserves as a percentage of gross loans are at 2.2 percent for Citi, while they are lower for JPMorgan (1.8 percent) and Bank of America (1.5 percent).

Michael Gullette, vice president of accounting and financial management at the American Bankers Association, says that the new accounting standard could result in greater volatility in bank profits as there would be a need to re-estimate reserve amounts on a yearly basis. Bank lobbyists have also pointed out that the necessity to book loan-loss reserves immediately may deter banks from making fresh loans and force them to tighten their credit norms.

Banks have also raised concerns about the expense that they would need to incur to follow the new rule. Calculating loan-loss reserves using the CECL model is a complicated exercise. In a concession to smaller banks, the FASB has allowed them to continue using their existing models for calculating reserves. But the FASB is convinced that the new accounting standard will provide great benefits in the long run as it will help banks by forcing them to provide for losses well in advance. Board member Hal Schroeder explains that the CECL methodology “… aligns the accounting with the economics of underwriting, and the informational needs of investors”.

Not a level playing field

While the FASB sets rules for American banks, the International Accounting Standards Board is the relevant authority for most other parts of the world. The international accounting standard corresponding to CECL, which goes into effect in 2018, requires non-American banks to create reserves for loan losses only for the next 12 months from the time that a loan is made. The divergent view held by the two accounting bodies will put American banks at a disadvantage by forcing them to report lower profits in comparison to their international counterparts.