Top Posts
International Women’s Day – An Industry Reflection
Consumer Privacy; Corporate Responsibility?
Why 2020 Could Be a Turning Point for...
Why are UK Landlords Leaving the Rental Market?
Hong Kong-China Unrest and the Implications for China’s...
Tactics for Keeping your Top Team Happy
Home LifestyleCars New Ford Focus Will Entertain, Move Five in Comfort and Even Go on Soft Off-road Adventures
CarsLifestyle

New Ford Focus Will Entertain, Move Five in Comfort and Even Go on Soft Off-road Adventures 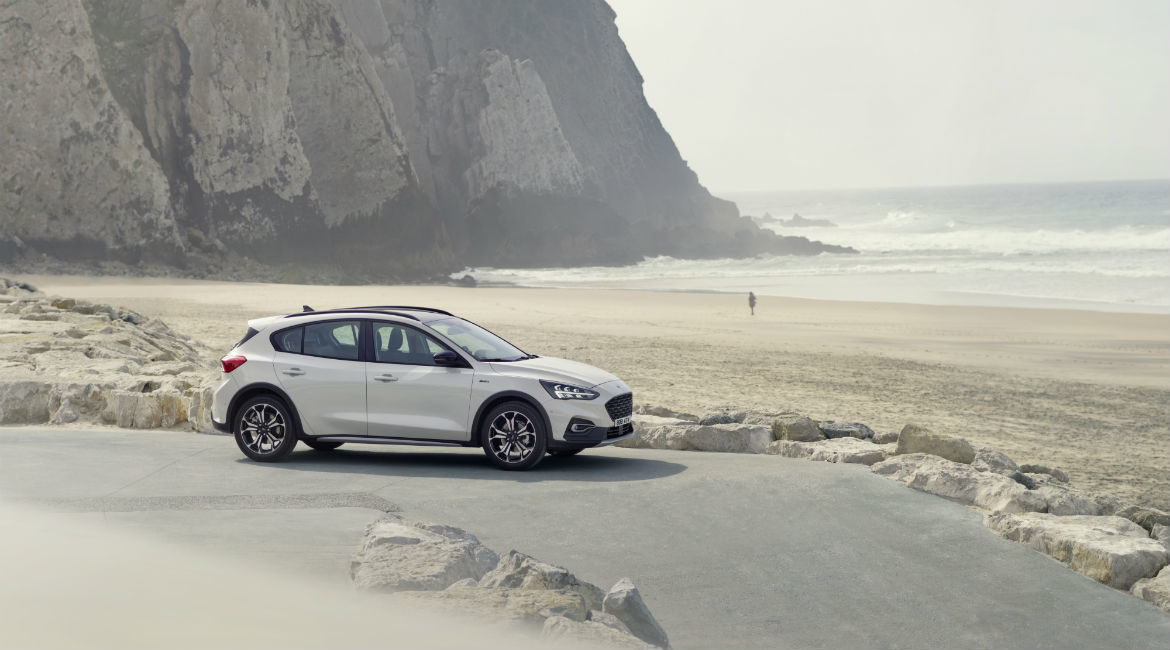 Revealed in Cologne, Germany, the new generation of Ford compact hatch, the Focus, comes with a host of new technologies, all new architecture and a more dynamic look, but it builds on the same principles of fun and entertainment. The fun factor has been a major selling point of the Focus since its inception in 1998, and the fourth generation that has surfaced 20 years later plans to cash in on fun once again. However, the standards of today have changed quite a bit since the dawn of the third generation in 2011. Buyers want safer cars, connected at all times, more efficient than ever as well as cool-looking. Reimagining solutions using old architecture was simply not feasible. Thus, the Ford Focus rides on an all-new platform: C2.

C2 probably does not mean anything to you, so let me elaborate a bit. The C2 platform is a modular platform allowing Ford engineers to use tech solutions across the board. All cars on the platform will share much of the tech without the need for reengineering (similar to Volkswagen MQB or Volvo SPA). Also, Ford managed to integrate the advanced tech of the high-end models in the Focus, thanks to the modularity of the platform. On the other hand, however, by using the C2 modular platform, Ford can save a bunch in terms of engineering and development costs.

With the new requirements came an all-new design. The new Ford Focus has a tad longer bonnet, A-pillars have been moved back a little, and the rear-end of the car has been structurally reengineered. Now Focus follows the curvatures of the compact hatchback segment without trying to cosplay as a small MPV (multi-purpose vehicle). Swept-back lights give the front grille a bit more important design role than before. With all of the bonnet textures, bumper segments and LED (light-emitting diode)daylights unmistakably leading to it, the grille feels as pronounced as on some sports cars.

Sure, a keen eye could make up a number of similar design causes as on other hatchbacks of today, but I do not mind this. While the front definitely screams “I am Focus”, the back does not. New lights fit better than those strange lights on the previous model. Now horizontally positioned (a first for the Focus), the rear-end feels as if it goes with the times and with what people expect of the hatchback of today.

The silhouette reveals shorter overhangs, longer wheelbase (by 53 millimeters) and, finally, larger wheels. All of these measures make the Ford Focus look better planted and more, well…focused. I can only imagine how much fun Ford performance engineers had in trying to create the ST version.

Just think about it.

The car is lighter than before, can support larger wheels, has a wider track and a longer wheelbase. Heck, this could be the most entertaining and (with the ST and, I hope, the RS versions) most exciting Focus of all times.

As for the cars revealed in Cologne, Ford really tried its best to widen the Focus portfolio as much as possible. Aside from the classic hatch (here presented in blue with a ST-Line package and in exclusive four-coat Dark Mulberry with Vignale trim), Ford revealed the estate version and a curiously styled Active.

Ford Focus Active is a pseudo-crossover trying to reach buyers in need of a bit more adventurous car but with the classic compact-hatch advantages. It sits 30 millimeters higher compared with other Focus cars (except for the ST-Line, which actually sits 40 millimeters lower compared with the Active). Other notable differences include plastic claddings on the fenders and bumpers as well as textured rugged surfaces in the cabin, which evoke the adventurous character of the Focus Active.

Focus Vignale, on the other hand, is a posh gentleman with elaborate ornamentation and aluminum inserts. Plus, it is available in 13 distinct colors including the exclusive Dark Mulberry. Inside, the Focus Vignale builds towards luxury with the fine-grain wood inlays, rich leather upholstery and subtle ambient lightning.

The Wagon is absolutely adapted for practicality. The boot, now bigger than ever, can easily accept a dog crate. The rear hatch can be opened by a simple leg-kicking motion, and even the dampers have been repositioned compared with other Focus cars. This for the better weight distribution when fully loaded and increased size in the boot. You can thank the C2 platform for this awesome capability.

Finally, the Focus ST-Line is exactly what Ford wanted the Focus to be: lively and amusing. Open front apertures show the performance character, while the signature Ford Performance bumper lip additionally enhances it. At the back, the pronounced diffuser and spoiler are doing the same job.

The diesel unit’s power range is equally diverse. The 1.5-liter EcoBlue available with 95 horsepower and 120 horsepower with 300 newton meters of torque (for both). The two-liter EcoBlue, on the other hand, develops 148 horsepower. It is the most powerful diesel motor. At least for now.

Obviously, the ST will be much more powerful (at least 250 horsepower as in the last one), with the hypothetical RS maybe getting some hybrid tech.

Now, I listed the advanced driving tech Ford managed to crumple into the new Focus, thanks to the new C2 platform. This is how Ford put it: