Top Posts
International Women’s Day – An Industry Reflection
Consumer Privacy; Corporate Responsibility?
Why 2020 Could Be a Turning Point for...
Why are UK Landlords Leaving the Rental Market?
Hong Kong-China Unrest and the Implications for China’s...
Tactics for Keeping your Top Team Happy
Home LifestyleCars 2019 Volkswagen Touareg Is a Proper Flagship with Blood Brothers such as Lambo and Bentley
CarsLifestyle 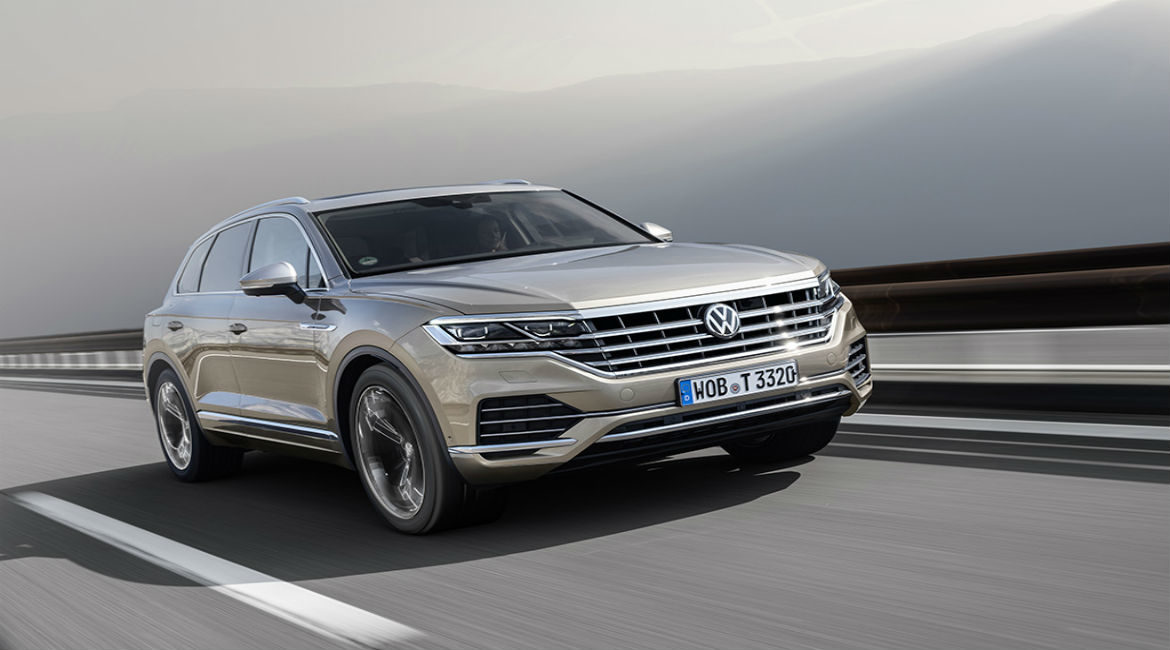 Volkswagen Group seems to be largely reorganized after that scandalous Dieselgate affair. Not only did it successfully resolve many of the image problems, it also reorganized all of its businesses and introduced an all-new generation of cars—probably better than ever. As the latest entry on the high-end scale, Volkswagen revealed the new Touareg—the new Volkswagen flagship.

Built on top of the MLB-evo platform, which underpins SUV jewels such as the Audi Q7, the Porsche Cayenne, the Bentley Bentayga and even the Lamborghini Urus, the new Touareg seems to be in better company than ever. Yet, it will be the least expensive of the bunch and the least luxurious as well. But even the least luxurious in this group is still rather luxurious.

The changes compared to both of the previous Touareg cars are evident just by looking at it. The new car is more than eight centimeters longer than before; it is wider as well. However, Volkswagen made it slightly lower. Interestingly, it seems that all of the car world does the same: produce even better-looking cars with aggressive and astute stance. The Touareg is like this. After all, Volkswagen wants active and young individuals to buy, drive and use it. And that they will.

The design evolved in the direction that was popularized with the flagship sedan Arteon. It is evident that designers had some freedom in designing the frontend. The massive grille smartly links 128-bulb Matrix LED (light-emitting diode) headlamps in all of its chromed glory. Actually, it is so big that the Volkswagen logo seems a bit small on it. That is not of essence as Volkswagen plans to replace the logo altogether by 2020. Although different compared with the Touaregs of before, the frontend somehow retained that rugged stance and character associated with the two previous generations. Sure, some will be disappointed with such a courageous stance, but this design shows that VW is moving with the times. The back, however, does not seem as rugged and adventurous as the front. It is beautiful, mind you, all with the 3D LED lights, but I find it too posh and classy. Not exactly what one would expect to associate with a Touareg 10 years ago. Never mind the poshness, it is obvious that, as a flagship, the Touareg looks the part. Numerous tiny styling details show that designers tried their best to upscale the car. Thin, curved lines above the rear arches, chromed inlays on bumpers and sides framing the bottom of the Touareg as well as surgically sharp fender refractions certainly elevate the design to the next level.

Now, the real wealth of novelties and true representation of what the Touareg has become is evident on the inside. It is opulent and luxurious. Heck, if it did not have that VW badge on the steering wheel, one could place this inside of any modern high-end SUV. It is that refined. Centerpiece of it all, however, is a stunning dual-screen Innovision Cockpit display. Optionally available (and quite expensive, I presume), the Innovision Cockpit actually includes a massive 12-inch digital instrument cluster behind the steering wheel and a gargantuan 15-inch central display. Although different in size and shape, displays are rather neatly connected with a nice glass surface. Moreover, the central display tilted towards the driver accentuates that “active lifestyle” of which Volkswagen is so fond.

Behind the massive display one may find a curiously designed gear lever and, at the end of the central stalk just before the armrest, the Touareg signature knobs. These control the driving modes (left one) and air-suspension setup (right one). It is a fantastic throwback to the first Touareg, which testifies to the adventurous character of the model.

Increasing the car in length and width gave Volkswagen interior designers a lot more freedom. Apart from giving the Touareg an upscale finish with leather, fine-grain wood or aluminum, the size of the cabin increased considerably. Those on the backseats will have more comfort—partly thanks to the new reclining backrest, but mostly due to more room for elbows and knees. The boot is bigger than ever, too—now with 810 liters of capacity. That is 113 liters more compared with the previous model.

As is the case with all other SUVs crafted on top of the MLB-evo platform, the Touareg did lose some heft. Up to 106 kilograms while becoming stiffer, more advanced and definitely packed with technology. Some of the most important tech features the Touareg can show off include a comprehensive list of driving and comfort aids. They can be divided into four categories:

All of these, in one way or another, make the driving hassle-free and less stressful, and the entire Touareg experience far more convenient and comfortable.

Having access to all of the MLB tech, Volkswagen managed to drizzle the Touareg with a fantastic propulsion system. TDI (turbocharged direct injection) seems to be the best fit. Two three-liter versions are available—one with 231 horsepower and the other with 286 horsepower. For the time being, Volkswagen announced only one petrol engine: a turbocharged three-liter V6 with 335 horsepower. The hybrid, on the other hand, is a China exclusive for now with 367 horsepower. The engine everyone wants to see ASAP definitely is a diesel V8 developing 421 horsepower. Possibly the same one as in the sublime Audi SQ7.

All Touareg cars are equipped with 4Motion permanent all-wheel drive and eight-speed automatic transmission. With 4MOTION Active Control, drivers can choose between as many as 10 different driving modes.

As you can see, the off-road pack is a thing. Apart from the driving modes, it gifts the Touareg “with two towing eyes, a larger fuel tank whose capacity is increased from 75 to 90 liters and an underbody protection system with a radiator guard, reinforced underbody protection, a guard element for the 12-volt battery, very rugged aerodynamic underbody fairing, tank guard and stone impact protection”.

Investment Banks Will Likely Experience a Positive Year in 2018