Top Posts
International Women’s Day – An Industry Reflection
Consumer Privacy; Corporate Responsibility?
Why 2020 Could Be a Turning Point for...
Why are UK Landlords Leaving the Rental Market?
Hong Kong-China Unrest and the Implications for China’s...
Tactics for Keeping your Top Team Happy
Home LifestyleCars 2019 Cupra Ateca Is a SUV Trying to Be a Hot Hatch and Probably Succeeding
CarsLifestyle 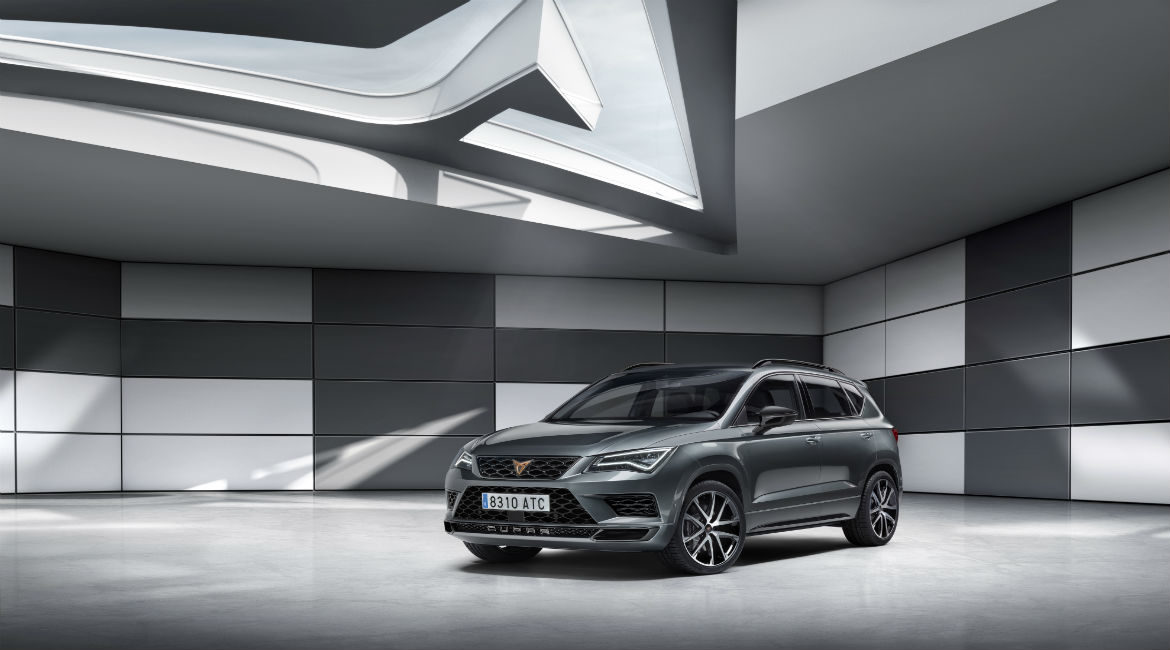 A new brand is emerging under the Volkswagen Group. It is called the Cupra, and you may have heard of it thanks to the really exciting Seat Cupra models from the past (and present). The new brand surfaced with its new logo and first car revealed at the 2018 Geneva Motor Show.

So, what about the first Cupra? It is actually a souped-up version of the Seat SUV Ateca. In this iteration, named the 2019 Cupra Ateca, the SUV gained all the performance trinkets one could expect from a hot hatch. Heck, this is a SUV playing hot hatch. And playing it well, too. OK, some of the purists and car enthusiasts may be a bit disappointed right now. A performance brand released a SUV as its first fast car? It is, on the surface, unusual. But it is actually not strange. Not a bit. Revealing the Cupra Ateca, the new brand actually tickled the buyers who have money, have enough enthusiasm, but also need something practical. Fathers with small kids in their late 30s and early 40s! I see them buying this car. Partly because it is practical, but mostly because it is fast.

“CUPRA Ateca offers versatility like no other brand. It’s about a unique model in its segment, with 300 PS, 4Drive and a new 7-speed DSG gearbox. It is the best example of balance between sportsmanship, fun at the wheel and ease of use in everyday life,” said SEAT executive vice-president for research and development, Dr Matthias Rabe.

Ever since Volkswagen acquired Seat, it has been focused on delivering vehicles with a lot of value. The FR and the Cupra were at the top of their offerings for the Ibiza and the Leon (even the Altea). Now, however, Cupra is a standalone brand (kind of), and it will continue to offer probably the best performance value on the market (along with the Renault Sport, mind you).

What is the Cupra Ateca?

In short, it is the high-end version of the regular Ateca. Similarly, as was previously done with the Leon and the Ibiza, the Seat Ateca received a number of upgrades, taking its family image and transforming it into a hot, performance-focused guise.

The exterior clearly has a more aggressive stature, thanks to numerous additions. Honeycomb grille, open apertures on the bumpers and the all-new Cupra logo transformed the soft-looking Ateca into a rather aggressive machine. As for the logo, Seat (or Cupra now) had this to say: “The CUPRA logo is inspired by the attitude of tribal civilizations and reflects the values that the new brand is keen to transmit—passion, precision, determination and courage.”

The rest of the Cupra Ateca follows the urban but dynamic styling every Cupra car holds dear. The rear-end feels far better sorted out compared with the standard model. Four tailpipes, a rather pronounced roof spoiler and a muscular bumper all hint that something unusual is happening under the bonnet.

But not only under the bonnet, as the Cupra Ateca has been improved throughout. Unlike the Leon Cupra, the Ateca Cupra employs a fantastic 4Drive all-wheel-drive system. It is much the same as in other Volkswagen products of the same breadth, but it was strictly adapted for this use. What is more, the 4Drive works together with a seven-speed DSG (direct-shift gearbox) transmission. This, too, is a newly developed unit suiting the needs of the performance SUV. Fed by much the same engine as in the Leon Cupra, the Cupra Ateca can achieve stunning performance. The “state-of-the-art” two-liter, turbocharged unit develops 300 horsepower, launching the SUV to 62 miles per hour in 5.4 seconds. This is more than a second faster compared with the Golf GTI. Let that sink in. At the top end, the Cupra Ateca will stay breathless only at 152 miles per hour.

As evident on some other Volkswagen Group SUVs, it is not exactly unheard of that a vehicle of this type makes such quick surges to speed. What is much more challenging is making a SUV actually behave formidably in the bends. Leon Cupra and all other previous Seat cars were quite fun. Cupra Ateca will try to take that to the next level, as even the officials admit that they are prepared to sacrifice a bit of comfort for dynamism. Cupra Ateca features an adaptive suspension and Dynamic Chassis Control. Six different modes are in front of the driver: Normal, Sport, Individual, Snow, Off-Road and, of course, the CUPRA. The last one will sharpen up everything to the maximum, granting a gnarly sound, better throttle response and stiffening up the suspension and steering. This should be enough to give the Ateca an edge compared to all other similarly sized SUVs and crossovers from France, Korea and Japan.

As for the wheels, Cupra prepared exclusively designed 19-inch units behind which Brembo brakes can be seen. On the other hand, the inside could be a bit underwhelming. The design of the console and of the central eight-inch display already looks a bit outdated, regardless of the rather cool digital cockpit. Nevertheless, sporty touches and sport seats do make up for it. All in all, the Cupra Ateca comes with quite striking standard equipment, including “keyless entry and start system, wireless charger, GSM signal booster, 360º top view camera, 8″ touchscreen navigation system, plus dynamic chassis control with adaptive suspension, digital cockpit, and park assist”.

Informal Communication as a Source of Organizational Agility