Top Posts
International Women’s Day – An Industry Reflection
Consumer Privacy; Corporate Responsibility?
Why 2020 Could Be a Turning Point for...
Why are UK Landlords Leaving the Rental Market?
Hong Kong-China Unrest and the Implications for China’s...
Tactics for Keeping your Top Team Happy
Home Finance US Real Estate in Good Shape for 2017
Finance

US Real Estate in Good Shape for 2017 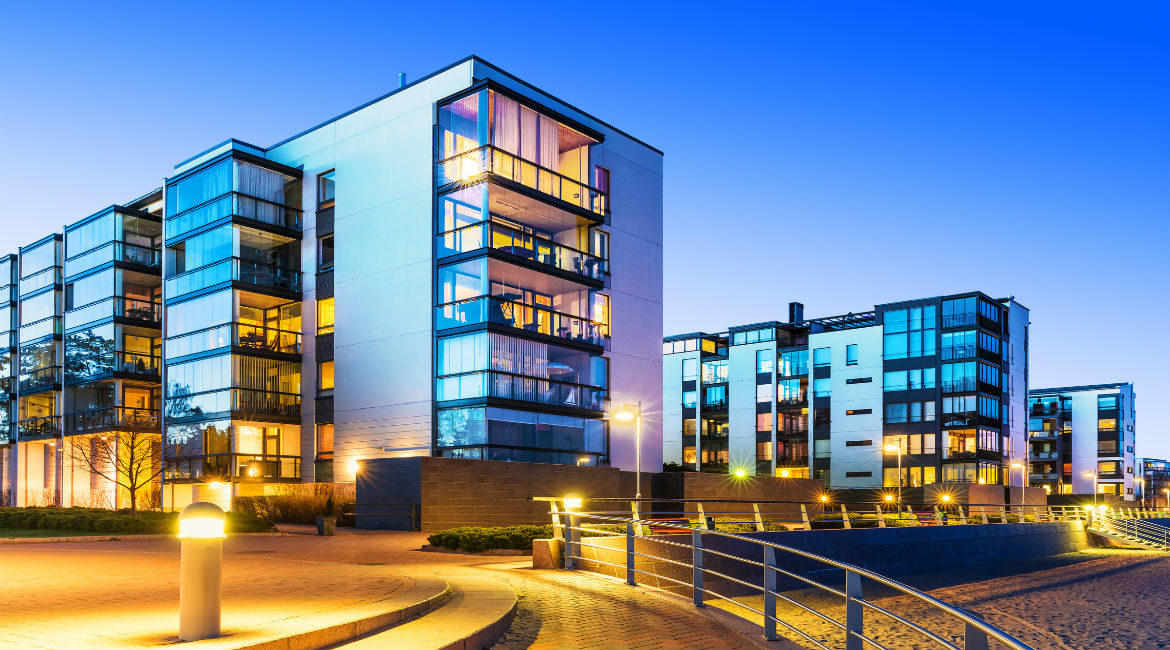 The US National Association of Home Builders (NAHB) Housing Market Index climbed to 71 in March 2017. Anything above 50 is considered positive. The current US sales index was also at a very high level, at 78, up seven points compared to February. The index of future sales was at 78, a gain of five points compared to the previous month.

Enthusiasm stems from the deregulation made by President Donald Trump, who rolled back strict environmental rules.

The Census Bureau of the US government confirmed an upward trend in three key areas: 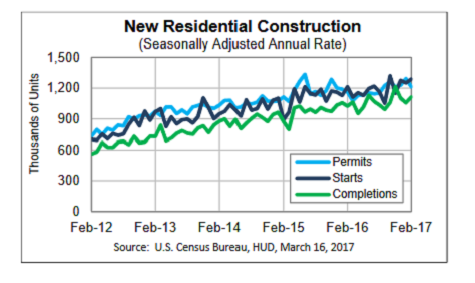 “Builders are buoyed by President Trump’s actions on regulatory reform, particularly his recent executive order to rescind or revise the waters of the US rule that impacts permitting,” said NAHB’s chairman, Granger MacDonald, a home builder and developer from Kerrville, Texas. Mr Trump signed an executive order at the end of February designed to roll back a 2015 rule from the Obama Administration known as the “waters of the United States”. Home builders have called the rule burdensome and claimed that 25 percent of the cost of a house today was due to regulation.

Indeed, sales of new homes are also bringing some optimism, with the following curve: 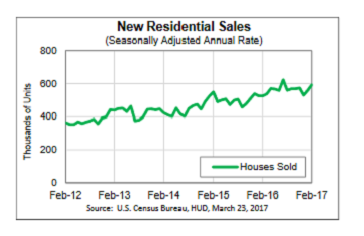 The market for new houses is benefiting also from a shortage of existing properties for sale.

Total existing home sales, which are completed transactions that include single-family homes, town homes, condominiums and co-ops, retreated in February from January 2017 but are still 5.4 percent above figures of a year ago.

A tighter inventory of homes for sale and rising prices should be observed in coming months:

The real-estate market is globally supported by the labour market and by relatively low mortgage rates.

The labour-market index is a major component supporting the real-estate market.

As for the labour market, the US Bureau of Labor Statistics announced that the number of unemployed persons, at 7.5 million, changed little in February. The unemployment rate, at 4.7 percent, was little changed over the month but was down from 4.9 percent a year earlier.

Even if the last jobless-claims figures published were a little higher than expected, the US Federal Reserve noted that the labour market has continued to strengthen. The unemployment rate is, of course, considered as quite low compared to those of some European countries. And the labour market continues to tighten, which together with the strength in housing should contribute to economic growth.

An increase in mortgage rates could be a potential cloud in the sky.

The 30-year fixed mortgage rate is currently around 4.30 percent, with the following trends:

But even if rates settle into the range they’re currently occupying, it might not crush affordability. A 20-basis point jump in rates on a $200,000 home would add $18 to the monthly mortgage cost. The impact would not necessarily be visible on the real-estate market. Average mortgage rates are considered affordable, all the more so in a booming labour market.

Real estate investment trusts are counting on opportunistic deals to perform well in 2017, following 2016 trends, where the FTSE NAREIT All Equity REITs Index had a total return of 9.3 percent for 2016. Burland East, CEO of Altegris Advisors-Real Estate Funds, said in a recent interview for REIT Magazine: “Change in the real-estate market is expected when the economy starts to accelerate and employment and inflation picks up. In that kind of environment, real estate typically does really well. We think that’s the cycle we’re starting now.”