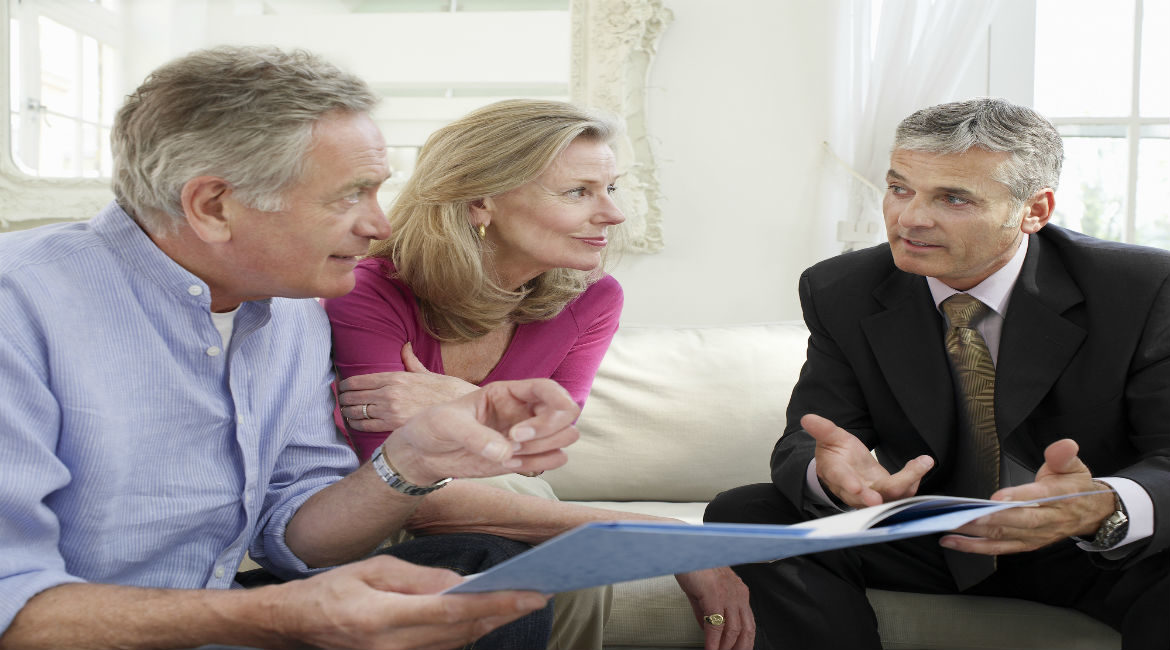 The consequences of lower rates on pension funds have been reported in numerous articles, but the low long-term rates environment is expected to last, according to many experts. The challenge for pension funds is the medium-term impact on profits and solvency. Their assets quite often have significantly shorter durations than their liabilities. And the traditional longer-term 10-year bond is no longer bringing yields.

The interest-rate level is not the only danger; increasing life expectancy is another, and recently threats of inflation are also an important variable for pension funds. If balance-sheet risks are hedged at the present nominal pension level, inflation will kill the purchasing power of this nominal amount, and, with a reviving economy, pensions will lag behind.

For pension funds, especially with defined-benefit schemes, the yield and funding gaps to cover their future engagement can be big.

Recently, a PwC (PricewaterhouseCoopers) study estimated that the combined deficit of defined-benefit pension schemes in the United Kingdom dropped to £500 billion by the end of March. But it is still large. The 2017 fall follows a huge rise in pension-fund deficits during 2016, which saw the gap between assets and liabilities hit an all-time high of £710 billion in late August 2016.

In the United States, state public pension systems’ unfunded liabilities increased, estimated at $1.1 trillion in 2015 in a study by the Pew Charitable Trusts, which predicted an increase to $1.3 trillion in 2016.

Pension funds are definitely being forced to change their business models.

Pension plans may have no choice but to significantly reduce benefits to policyholders for defined-benefit plans. But long term, a deep transformation may happen for some countries in terms of business models, as the IMF Global Financial Stability report issued in April 2017 explains in Chapter 2:

“Pension arrangements will likely change significantly in the long term. Defined-benefit pension plans provided by employers would tend to become less attractive relative to defined-contribution plans, which offer more portability.” And “employers could be expected to increasingly move away from defined-benefit and toward defined-contribution pension plans, although the pace and extent of this transition may vary significantly across advanced economies.”

Other countries are attempting a hybrid approach, and their private pension systems embed features that may make for a slower and less extensive transition. For example, multi-employer defined-benefit plans, such as the traditional industry-level arrangements in the Netherlands, will be more resilient in the face of such a scenario, since they offer built-in portability to beneficiaries within industries. The Netherlands has opted for a solution that reduces the retirement base salary from a high share of the final salary to a lower career-average share. Moreover, the system has removed the guarantee, but not the aspiration, to indexed pension payments. This allows for a collective approach to asset management, so that active participants can continue to benefit from equity investments suitable to their age, and retirees can continue to enjoy indexation and incur less risk of benefit cuts (Ponds and van Riel 2007).

But pension funds are also transforming their asset compositions on their balance sheets.

The IMF (International Monetary Fund) graph on the asset allocation of pension funds in 2015 shows the following: 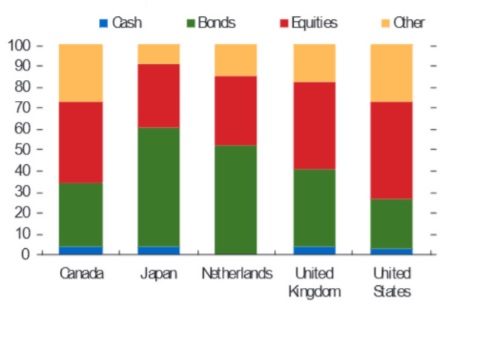 Indeed, given the wider funding gap, institutions have an incentive to generate returns on assets that exceed returns on liabilities in a sufficient amount to close the funding gap. This may call for riskier portfolios with a heavier weight on equities and alternative assets. But to minimize somewhat their risks, pension funds have also put in place a diversification strategy. This diversification is stated in terms of sector, but also geographically. Diversification choices are generally in real-estate assets, with preferably direct investments when national. But, as the PwC study showed, Northern European pension funds demonstrate a trend toward investing indirectly in US real estate, for instance.

In conclusion, due to protracted low interest rates, pension funds are in the process of transforming their business models, their asset management…and their risks.

Transfers of Defined-Benefit Pensions to Insurers: Good Idea, According to IMF