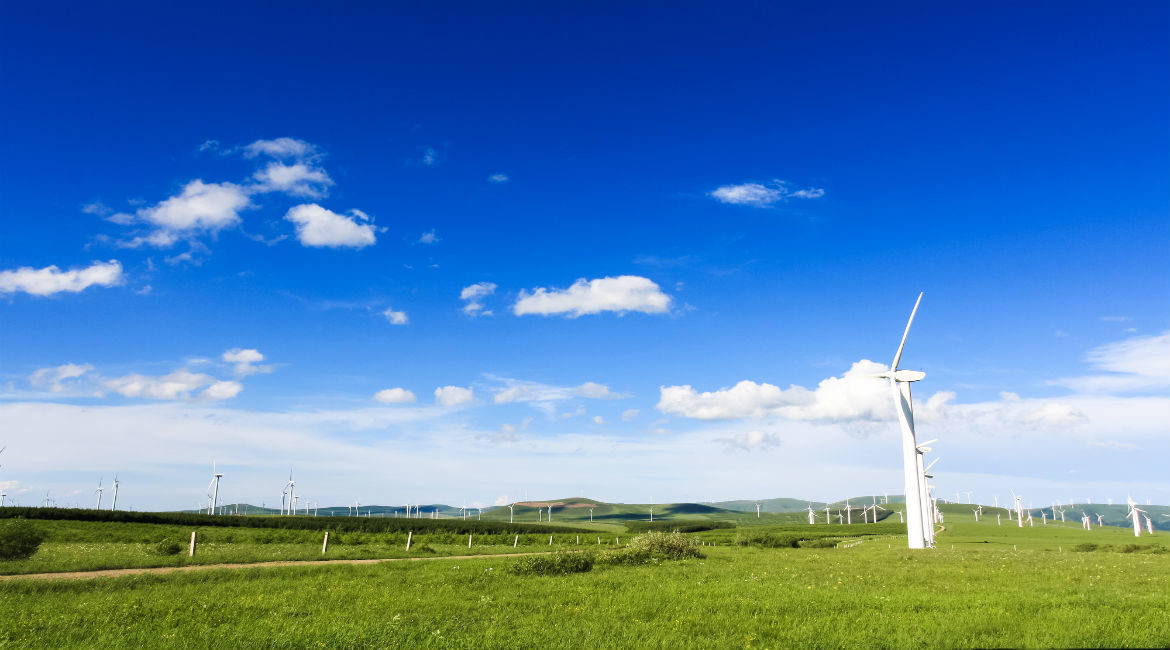 Electric power production has been at the core of recent industrial revolutions. With the onset of the Fourth and Fifth Industrial Revolutions, this role will become only more central as even decision-making  becomes electrified. The rise of renewable energy is of central importance. But in order to discuss the importance of renewable energy, it is necessary to first define what it is.

Power (electricity) can be produced from any source of energy. That source can be renewable or nonrenewable. Renewable-energy sources include those resources that can be considered to exist in perpetuity. Sunshine is a good example of an infinite energy resource. By contrast, other sources are more finite in nature, such as oil or natural gas. Nonrenewables have been the main source of power generation during the last century. However, that is expected to change for two reasons.

Why move toward renewables?

First, the world is expected to go through climate change, which will see its climate warming. It is postulated that reducing carbon dioxide (C02) emissions will help slow down global warming and hence reduce its negative effects.

A second argument regards renewable energy as a way to achieve energy independence, as most nonrenewables are located in the volatile Middle East. Since energy plays a central role in value creation, the prosperity of the entire world could be held hostage by trouble in the Middle East. Additionally, the energy channels of individual countries can be blocked due to hostilities with other nations—Europe discovered this the hard way during the Russo-Georgian conflict of 2008.

For these reasons, a global narrative has been formed outlining the future sources of energy that will be used for power generation.

Before one can explain how nonrenewables will catalyze growth in renewables, it is important to define the scope of renewables. Essentially, energy can be of two types: variable and non-variable. Non-variable energy sources are more stable in nature and include traditional sources of fuel such as hydroelectricity (hydel). In comparison, variable renewable-energy resources include solar and wind power. These sources are less dependable because their power production is subject to variation within a day and across the seasons.

Most nonrenewable sources of energy have been in use over the last six decades, and as a result, their technologies have matured. Matured technologies will not provide the needed growth. Rather, it will be variable renewable energy that will grow to make the world more environmentally sustainable. Before one can discuss the interdependence of variable renewable-energy and nonrenewable-energy sources, it is important to clarify the nature of variable power production.

The defining characteristic of variable renewable energy is its lack of a stored energy source. This caveat raises two important issues. First, renewable energy often becomes unreliable. This is because the weather that generates that energy is volatile. Second, variable power production is defined by sudden fluctuations in power. These two implications will play an important role in deciding the future position of both renewable and nonrenewable energy.

Nonrenewables help the implementation of renewables

Existing energy technology can help speed up the implementation of renewable energy in many ways. For example, steam-generating power plants adapt their power-generation mechanisms to ensure that varying power loads do not affect the efficiency of generating units. This is done through a sliding-pressure mechanism. Traditionally, when a power system has had to operate at lower capacity, it has meant that the efficiency of the power plant would also go down. This is similar to the principle of a car that maintains maximum efficiency when going at around optimal speed. With a sliding-pressure mechanism, power turbines can be made to revolve slower while still maintaining energy conversion. This is done through varying the pressure. Employing such technologies will ensure that the installation of power plants does not lead to increased generation by inefficient peaking power plants.

Nonrenewable energy can also help a nation maintain the stability of its critical systems. This is because even if the relevant capacity of renewable-energy power production is installed in a system, its variability may result in the system not being able to meet peak demand. Nonrenewables can act as those dependable sources of energy for their grids.

In addition to helping the environment get greener via the carbon cap-and-trade market, the nonrenewable power sector will also help meet the greater demand of the electrified transport sector in the economy. The Fourth Industrial Revolution will see the transport sector “get electrified”. In order to meet this demand, the global power sector will have to produce an extra 155,000 terawatt-hours of power per annum. This means that with a variable renewable-energy availability of around 49 percent, the renewable-energy sector will have to add an additional 35.5 terawatt-hours of power-generation facility. It will be very difficult for the variable renewable-energy sector to fulfill this potential demand alone because renewable-energy resources will face resource constraints in terms of raw-material availability.

Due to the above reasons, nonrenewables have cemented their place in the power-generation matrix of the future.