Top Posts
International Women’s Day – An Industry Reflection
Consumer Privacy; Corporate Responsibility?
Why 2020 Could Be a Turning Point for...
Why are UK Landlords Leaving the Rental Market?
Hong Kong-China Unrest and the Implications for China’s...
Tactics for Keeping your Top Team Happy
Home Finance Leadership of China’s President Xi Jinping at Stake in 2017
Finance

Leadership of China’s President Xi Jinping at Stake in 2017 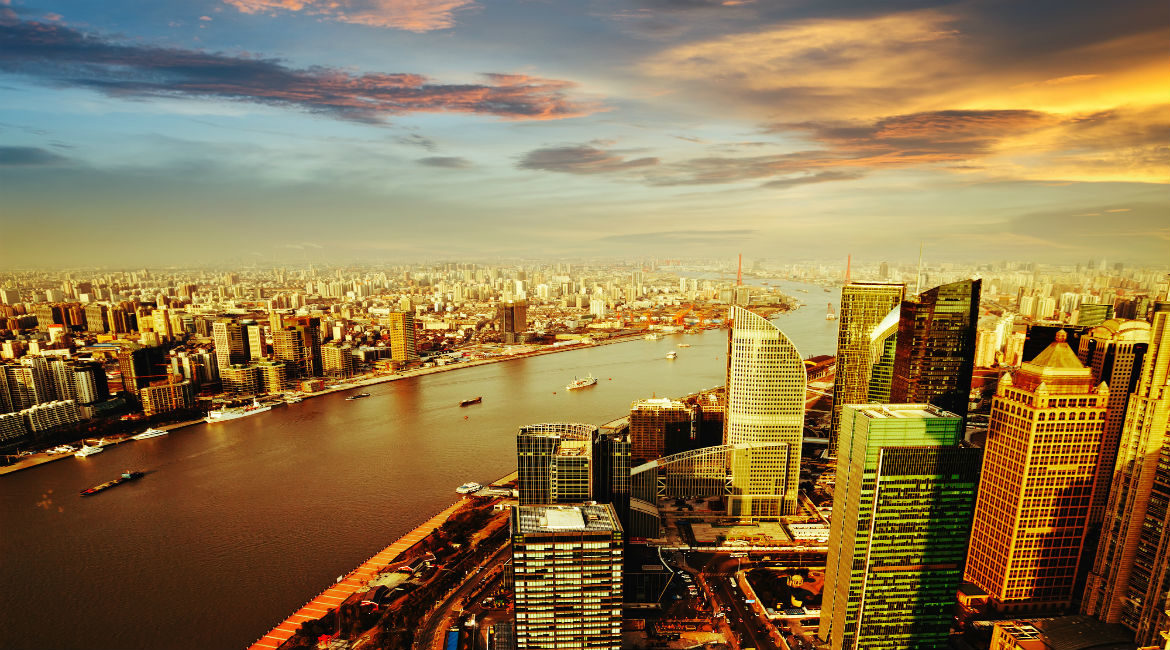 The National Congress of the Communist Party of China (CPC), held every five years, is scheduled for this autumn; several of the country’s supreme leaders (the “seven immortals” of the Politburo Standing Committee) will retire. The general secretary of the party, Xi Jinping, is supposed to be re-elected for a new five-year mandate. “This is a crucial year for China,” stated China policy expert Professor Willy Lam of the Chinese University of Hong Kong.

Xi Jinping has constantly consolidated his power since his arrival at the head of the country in 2012.
President Xi Jinping has already accumulated more powers than any of his predecessors since Deng Xiaoping—the craftsman of reforms and the opening of the Chinese economy in the late 1970s. He has shattered the CPC by launching a vast anti-corruption campaign that cost hundreds of thousands of executives their jobs across the country. Xi Jinping’s administration created the National Security Commission of the Communist Party of China in 2014 and appointed him as the commission’s chief, with an eye toward creating a central platform for controlling various intelligence agencies.

However, the Chinese parliament has about 100 US dollar billionaires, and the fortunes of its 209 richest members “weigh more” than the gross domestic product (GDP) of Belgium, according to the Chinese economic magazine Hurun Report. These billionaires have seen their accumulated fortunes jump by 64 percent since 2013.

And, in the absence of democratic elections in China, the CPC derives its legitimacy and credibility from the growing prosperity of the country.

China’s GDP fell last year to 6.7 percent, its lowest rate in a quarter of a century. That is why the recent news of sharp export growth in March 2017 was welcome. Exports rose in March by 16.4 percent, according to statistics released in mid-April by the Customs Administration. This increase is the strongest recorded by the country for a little more than two years.

At the same time, the influence of President Xi Jinping on US President Donald Trump is real. After Xi Jinping’s visit to Mr Trump’s Florida villa, the US president no longer accused China of intentionally keeping its currency undervalued or threatened China with a 40-percent increase in tariffs. The American president now seems to want to adopt a more conciliatory tone with Beijing.

At the moment, the real economical challenge of Xi Jinping is probably to avoid the explosion of a giant financial bubble.

China’s growth estimate is now at around 6.5 percent for 2017, according to the last OECD (Organisation for Economic Co-operation and Development) report. The country’s economy is still described as the engine of the world’s growth. But Chinese regulators are now considering the market risks created by this rapid development, especially in asset-management activity. According to a survey conducted by the People’s Bank of China, nearly half of the Chinese people who are planning to invest more this year are selecting wealth-management products as their top investment choice. However, the OECD and Chinese regulators are now considering putting the brakes on this wealth-management expansion; in the OECD’s Economic Survey of China 2017 published in March, one recommendation was to restrict leveraged investments in the asset market.

The brake could come from an official announcement that wealth-management products are not guaranteed by the Chinese state.

Indeed, banks have created off-balance-sheet vehicles to provide such offerings; they channelled funds to riskier borrowers who pay higher interest rates. Most recently, financial institutions have invested in each other’s products, leading to a potential chain reaction in the event of a default. The ratio of Chinese companies’ debt over GDP is now estimated as very high, around 170 percent of GDP, too high according to the OECD. 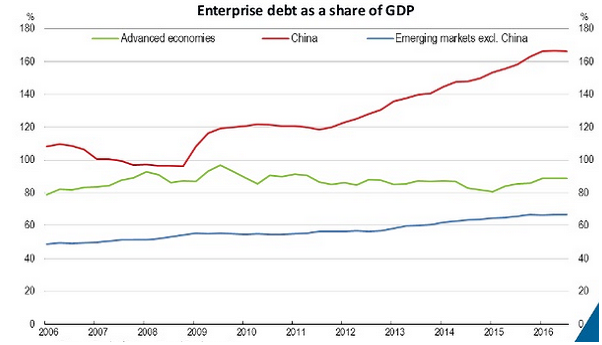 Banks have kept guaranteed loans on their balance sheets but managed to grant loans to riskier companies through asset-management collections.

Investors in most cases believe that wealth-management products (WMPs) are guaranteed by the state (or a state-owned bank). But they are more risky:

A key issue is whether or not the presumption of implicit guarantee is upheld—or if authorities will allow failing WMPs to default and investors to experience the losses arising from these products. China’s asset-management products totalled about 60 trillion yuan (8.7 trillion USD) as of June 30, 2016, according to a recent estimate by an official at the China Securities Regulatory Commission. Many of the products aren’t recorded on institutions’ balance sheets. As of the end of December, off-balance-sheet wealth-management products issued by banks amounted to 26 trillion yuan (3.7 trillion USD), according to the central bank. And industry-managing assets worth more than three-quarters of China’s 11 trillion USD GDP have blossomed, underpinned by assumptions on all sides that the government would prevent failures. China’s financial regulators are now working together to draft sweeping new rules that aim to make it clear that there are no government guarantees on such investments. And the central bank has recently expanded its oversight powers to create a financial super-regulator.

Control of financial risk is the top priority in 2017 for Mr Xi Jinping’s government, and it will definitely be a test of his leadership in the world of finance.

Treasury Managers May Find New Sources of Funding in China