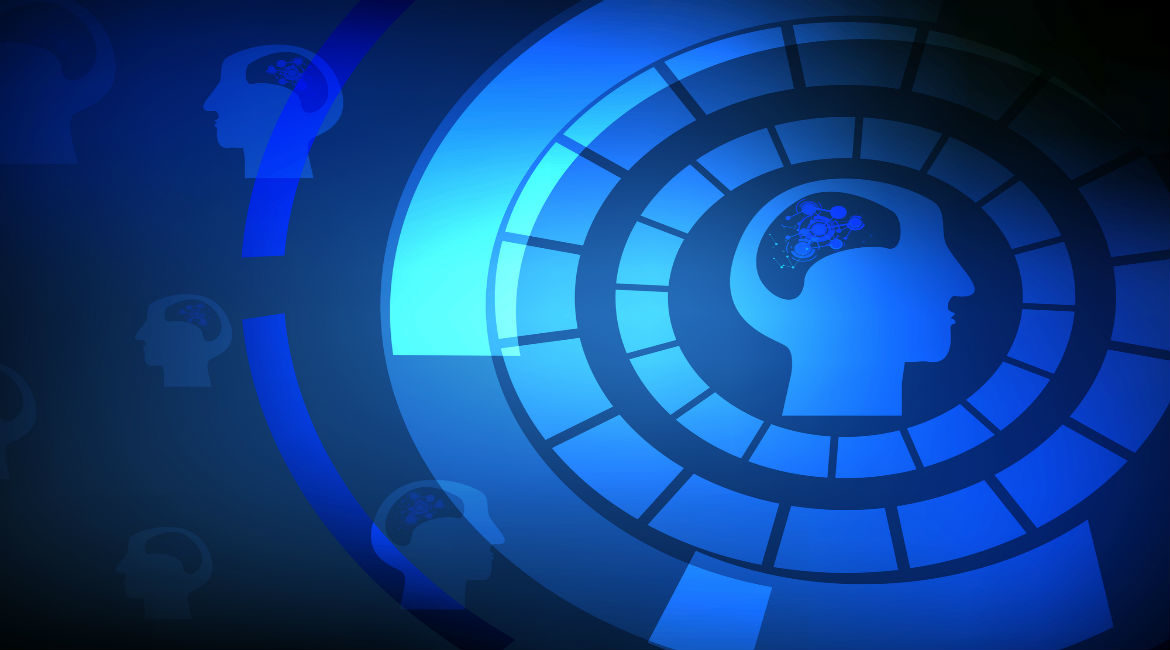 The term bandwagon effect refers to a behaviour involving a group of people jumping in on a trend in order to be part of the majority, even if the action taken would be against one’s own individual beliefs. This behaviour is well-known in mass marketing and polls, in which the action taken by a consumer is likely to be influenced by the social environment. In the case of markets, the subject of the bandwagon effect, otherwise known as the herd effect, has been dealt with repeatedly, whether for venture-capital or stock-exchange investments.

In its article “Cognitive Bias in Investing: the Bandwagon Effect”, International Banker explains how difficult it is to make an independent decision. If an investor tries to make his own decisions based on his own financial analysis, he is more likely to get a desirable yield only in the long run.

In capital investments, the bandwagon effect could lead to higher risks, money wasted and bubbles.

Venture-capital investments involve large amounts of money and big risks for investors. And to make their decisions, investors are likely to want some assurance that they have made good choices. Pure financial analysis can be one way to help decision-makers. But above all, they may also take into consideration the trends in their social environment: “Is it a good time to invest in this sector?” “Are M&As and IPOs currently successful?” Nowadays, investors’ decisions are made more quickly—from the beginning to their exit strategies; and under time pressures, the bandwagon effect may apply. Also, the more liquidity investors have, the more pressure they will feel to invest it rapidly, and they will look around for any good ideas they can imitate.

The bandwagon effect could lead to wasted money.

Professor Henry Etzkowitz, senior researcher in H-STAR Institute Stanford University and author of “The Triple Helix”, mentioned that the bandwagon effect leads to wasted money. He wrote that “many Internet firms were based on imitative business concepts due to easy availability of capital. Their hope of gaining market share was through large expenditure on advertising and staff salaries. This strategy left firms vulnerable to decline when business conditions changed for the worse. A herd effect wastes money since not the three best candidates are funded but the fourth and fifth, with many new firms’ minor variations representing little or no technological advance”.

The continuation of Etzkowitz’s reasoning is also extremely interesting: “This venture model of dark side was highlighted when venture capitalists attempted exits in 18 months or less, eschewing longer-term investment”.

Indeed, when considering IPOs (initial public offerings) or acquisitions, investors look at the current trends and the short-term ways to achieve profit, sometimes preferring strong growth expectations to the sustainability of a company. But the IPOs of Facebook, Twitter and King also illustrated the difficulty of transforming this trend into results and above all showed the limits of strategies in which growth takes precedence over the company’s sustainability.

The bandwagon effect could lead to higher concentrations of risks.

Because of the bandwagon effect, one can note also the trend to accumulate investments in some sectors or sub-sectors of the economy. And accumulation can lead to risky situations in which not only the top three companies are funded, but also the next more risky ones. Investments can be important in companies in which the risk of failure is much higher, while other projects that are perhaps more disruptive, but do not benefit from the herd effect, lack funding. The bandwagon effect implies that capital would not be efficiently allocated in venture capital but could raise the level of risks taken by investors in some sectors. Indeed, some recent bubbles confirm this: the start-up bubble that investors faced in the 1990s as well as the derivatives and credit crisis in 2007. Even so, bandwagon behaviour is attractive.

When the bandwagon effect on stock markets becomes a strategy.

The bandwagon effect is often quoted for markets, but one of the best-known theories stems from it: the momentum strategy. This strategy consists of investing regularly in stocks, the  performance of which has evolved positively over a recent period ranging from a few weeks to a few months. It is based on the belief that if a value has recently appreciated, then it will continue to appreciate, at least for a time.

Momentum strategies are considered as dynamic strategies—investing in rising stocks, opposed to “buy and hold” strategies. A study by Tobias Moskowitz, professor at the University of Chicago Booth School of Business who now works at the Yale School of Management, is titled “Momentum investing finally accessible for individual investors”. In this study, Moskowitz shows that stocks that performed poorly in the past tend to continue to do so, and stocks that performed well continue to do well. 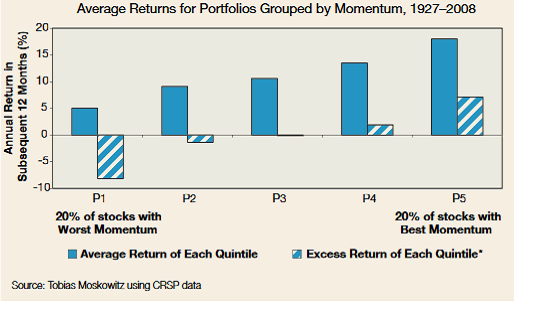 According to Tobias Moskowitz, “The Momentum is a powerful investment style, almost unmatched in terms of predicting trends and robustness…. Momentum, until recently, was only accessible to hedge funds, institutional investors or expensive portfolios assets”.

The momentum strategy is not yet fully explained, but investors accept the risks of creating a bubble.

The International Monetary Fund calls for more transparency of information to mitigate the adverse consequences of the herd effect.

The International Monetary Fund also raised its concerns on the way the bandwagon effect can lead to destabilization of the markets. In an IMF staff paper, Sushil Bikhchandani, professor at the Anderson Graduate School of Management, UCLA, and Sunil Sharma, deputy chief of the European Division at the IMF Institute, wrote that “some observers express concern that herding by market participants exacerbates volatility, destabilizes markets, and increases the fragility of the financial system”.

Why are investors influenced in such a way that they can even reverse a planned decision after observing that of others? Several answers are possible: Investors reach the conclusion that others have better information; or they have an intrinsic preference for conformity; or maybe they have a compensation scheme that leads them to imitate the best performers (until now). The IMF paper concludes that transparency of information is key in decision-making on asset investments, leading to transparent prices. “Disclosure rules, timely provision of data, and better-designed compensation contracts may make markets and institutions more transparent.”

In asset management, the bandwagon effect applies to both human resources and portfolio management.

In asset management, the success of the portfolio manager is closely linked to the performance of its portfolio and strategy. That’s why in both fields the bandwagon effect is often quoted. Regarding human resources, there is a spiral within choosing “5 star” asset managers. In fact, the way asset managers are rewarded for their past performances leads to channelling more investments into the same asset managers, encouraging them to also invest according to the same kind of strategy.

In the article “Double Agent”, The Economist illustrated the bandwagon effect when it showed how this phenomenon can spread to asset managers themselves, as “they reward ‘star’ managers who have been successful in the past, giving them new funds to manage and taking money away from poor performers”. Their impacts on the market can create even more disturbances. When choosing the most rewarded asset manager, the investor gains confidence, as no one can blame him for not having chosen the best available asset manager. On top of that, under-performing managers will be tempted to follow over-performers by investing in rising companies, to copy the success of their more profitable competitors. As it is difficult to buy low and sell high, often underlined by Benjamin Graham or Warren Buffett, asset managers will be tempted to follow the rising trend in choosing their strategies and stocks.

The bandwagon effect will lead to a certain concentration of capital in few hands and portfolios, achieving a size that is so important that it can heavily influence the markets’ moves.

Regarding portfolio management, the same bandwagon effect can disturb performances. The dynamic strategies of asset managers, based on observation of trends over past weeks and months so as to buy rising stocks, also lead to high turnovers of portfolios. Indeed, if they want only rising stocks, they have to sell them quite often, before their values fall again. Generally every few weeks or months, asset managers sell stocks held for pre-defined periods and buy others with already progressing values. They can even automatize investment decisions through an algorithm that will allow robots to execute orders according to predefined parameters. But with the rotation of portfolios comes the fees on the execution of orders; the higher the rotation means the smaller the net-result at the end.

The Financial Conduct Authority has pointed out some big criticisms of asset managers’ behaviours.

In the wake of the Financial Conduct Authority’s market review, Michael Johnson, the former investment banker and voice of expertise on pension funds, claimed it shows “80 percent of fund managers are redundant”. The way asset managers work leads to high rotation of portfolios and fees that worsen performance compared to a passive strategy (buy and hold).

Asset managers are challenged by their own way of investing. Prior to the development of stock-market indices, asset managers were able to explain their returns entirely by their expertise. Today managers are commissioned to outperform an index, and they do it by buying the index and then reinforcing a small part of the components on a value, size or…momentum judgement. Being able to show the comparison with an index is giving some confidence to investors. But their specific modification of the index adds volatility to that of the pre-existing index, now sold directly in the form of an exchange-traded fund (ETF). And it seems to function poorly. Indeed, the mid-year 2016 SPIVA scorecard did not issue enthusiastic figures: during the one-year period, 84.62 percent of large-cap managers underperformed the S&P 500.

Lately, trends in the robotisation of investment strategies have also brought bad surprises. According to the logic of investing—what are the best performing indices or stocks?—the trend toward robotisation of investment decisions has appeared. Who else but a machine can sort through and select from the information given by the markets what is needed to know what the others are doing?

Financial search is time- and money-consuming, and the bandwagon effect like momentum strategies can pay off over a short period. Investors are tempted to slacken their analyses of whether the markets are trading undervalued or overpriced stocks, compared to the real value of the company. This leads to the development of massive automatic processes and robots, with the hope that the machine can optimize investment timing and choice on the market. But recent losses faced by BlackRock’s quants are leading to questions regarding the wisdom of letting machines decide. There is also the risk that markets will soar because of massive orders from automated processes. An article in The Wall Street Journal, “How Dangerous Is a Stock Market of Mindless Robots?”, looks at the risks.

In conclusion, the bandwagon effect raises multiple issues in finance—the risks of concentration in venture capital, bubbles in the markets and risky asset-management practices; the bandwagon effect happens frequently. Without being able to stop this phenomenon, the authorities regularly sound the alert. But it remains difficult to stop “fashion” movements created by individuals themselves.