Top Posts
International Women’s Day – An Industry Reflection
Consumer Privacy; Corporate Responsibility?
Why 2020 Could Be a Turning Point for...
Why are UK Landlords Leaving the Rental Market?
Hong Kong-China Unrest and the Implications for China’s...
Tactics for Keeping your Top Team Happy
Home Commentary What Precedes a Financial Crisis?
Commentary 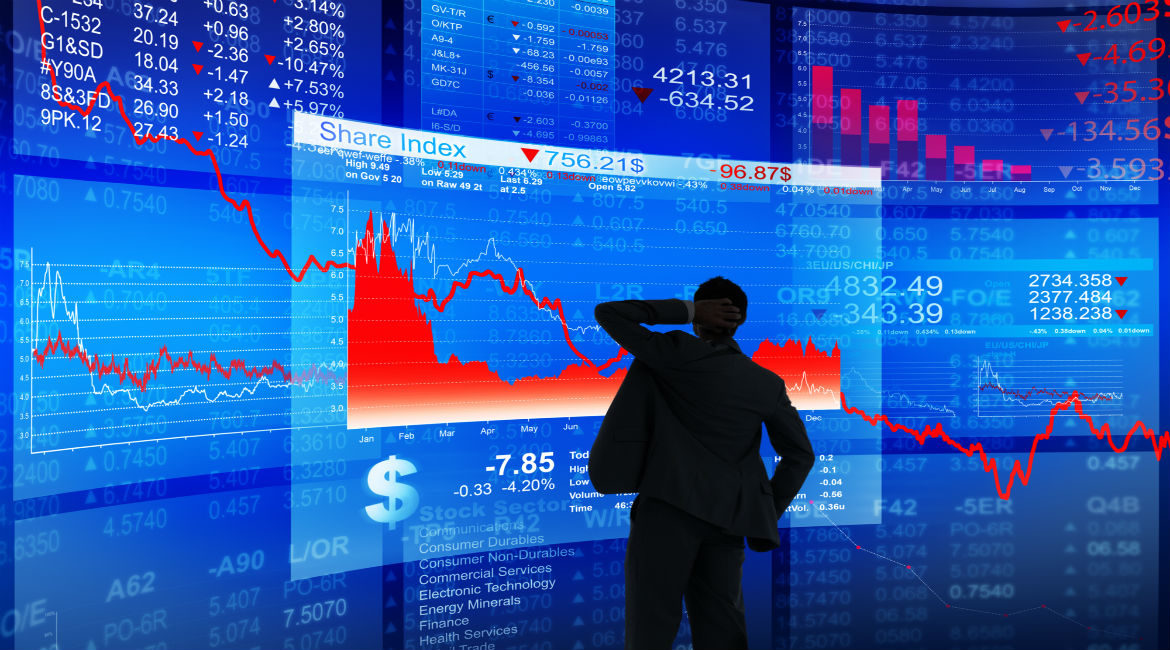 Financial and economic crises wreak havoc on peoples’ lives, but they offer valuable lessons the hard way. Those lessons enable us to handle financial crises better the next time. The financial crisis of 2008, for example, led to what has been dubbed a global recession but not a global depression as before. Its effects did not reach the magnitude of the global depression in 1929, in part because of the lessons that had been learned back then and applied later on.

Yet, even as economists learn and improve their models, the solutions remain largely reactive. In most cases, the proposed solution is to increase government intervention, introduce aggressive quantitative-easing (QE) programs and even negative interest rates to induce recovery.  The evidence for the efficacy of these programs is mixed. Positive evidence suggests that QE in the United States has led to less volatility in private investments, whereas negative evidence suggests that QE does lead to hyperinflation depending on the environment in which it is implemented, and it merely replaces one asset bubble with another.

Most central banks today follow the Keynesian approach in addressing financial crises, which warrants government intervention to stimulate the economy. The downside is mainly increased deficits, to the degree that those deficits are no longer sustainable, such as with the crisis in Greece and other troubled countries such as Spain before it handled its finances. A common factor is loose monetary policies that offermoney at easy conditions, encouraging irresponsible practices and poor risk management.

Financial crises are at heart a risk-management failure.

The main argument in the following paragraphs is that financial crises are essentially a consequence of poor risk-management practices and poor governance at corporate and government levels.

The role of natural phenomena

While discussing the events that often precede a crisis, it is remarkable that the best predictors of financial crisesmay not be financial in nature but could be social or technological, or even something else entirely (such as Tiger Woods’ performance).

The factors leading to the decline may have their roots in domains other than financial. Drought in areas that are heavily reliant on agriculture for their incomes or frequent hurricanes or other weather factors are factors that reduce house and property prices. Those natural phenomena combined with credit expansion can lead to asset bubbles that could burst at any unexpected moment.

Too loose or too tight regulation

Loose regulation definitely has been to blame for allowing unbridled financial institutions to expand their range of credit products imprudently. Loose regulation has cost the US government $700 billion in stimulus, trying to save institutions that had a role in the meltdown and caused systemic risk. Similarly, too tight regulation can lead to unexploited opportunities and poor return on investments.

Signs in the credit cycle

Problems begin to appear when lenders try to increase spreads by extending their loans to clients without adequately checking their credit-worthiness. And typically financial crises are preceded by positive credit growth, encouraged by an extendedperiod of economic growth. As banks and financial institutions try to capitalize on the opportunities in the economy, they offer advanced financial products such as derivatives, which are excessively risky. As growth continues, banks become more complacent and become unscrupulous in their risk-management endeavors. With less caution, credit is channeled to risky assets, and a financialcrisis ensues as asset prices adjust to true valuations.

Historical evidence further confirms that banking crises have often been preceded by debt growth, and a banking crisis often leads to a sovereign-debt crisis. Furthermore, the bigger the expansion in debt prior to the crisis, the higher the costs of the crisis will be.

Excessivepolarization of wealth and inequality

Evidence from research suggests that a link between income inequality and financial crisis exists. Income inequality often leads to credit booms, which may entail unscrupulous lending and culminate in a financial crisis. Moreover, inequality and the number of people living in extreme poverty (below $1.8 a day) have both declined since the crisis. According to the World Bank, there were more countries experiencing a decline in equality than there were countries with a rise in inequality between 2008 and 2013. This suggests that financial crises may serve a function, which is to readjust or recalibrate the levels of inequality in the economy and restore a healthy credit cycle.

A decline in volatility

Sustained economic growth for extended periods, combined with risk factors in the financial sphere, usually warrants very low levels of volatility. In a booming economy, no one is interested in selling their equities, and markets become pretty much one-sided. But as the decline begins, alarmed investors begin to panic, triggering a heavy and lengthy sell-off. Volatility spikes, and a downward spiral begins.

Multiple indicators show that many financial institutions failed to implement sound risk-management practices, such as adequate stress and scenario testing; as well they used certain tools for risk assessment and excluded others, which rendered them vulnerable to unforeseen risks. Sound risk-management practices, if implemented, serve two roles: they help prevent a crisis, and they help mitigate its impact if it occurs.

In essence, a financial crisis may be hard but not impossible to predict. More importantly, financial crises arehuman-made and can be averted.

Today, there are some warning factors that warrant attention as pointed out by Sheila Bair, the former head of the FDIC (Federal Deposit Insurance Corporation) after the financial crisis of 2008. Bair is particularly concerned about lower bank-capital requirements, very high private debt, an ever-expanding budget deficit, and huge student-loan debt. Together these factors could trigger a downfall with unpredictable consequences. And now is the best time for enhancing risk-management practices in financial and non-financial institutions alike.

Injecting Happiness in the Workplace: What C-Suites Can Do

Financial-Technology Services and the Investment-Banking World