Top Posts
International Women’s Day – An Industry Reflection
Consumer Privacy; Corporate Responsibility?
Why 2020 Could Be a Turning Point for...
Why are UK Landlords Leaving the Rental Market?
Hong Kong-China Unrest and the Implications for China’s...
Tactics for Keeping your Top Team Happy
Home Commentary Commercial Property Market in Europe for 2017: in Good Shape and Innovative!
Commentary 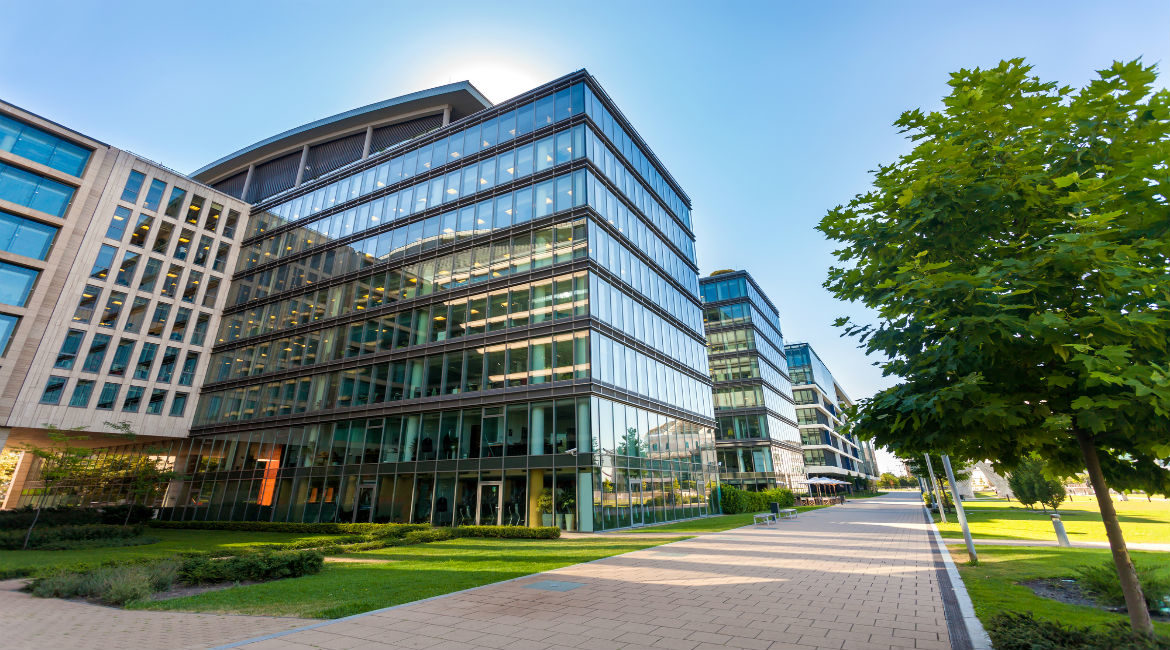 With world gross domestic product growth expected to be around 3.3 percent in 2017, little better than the 2016 level of 3.1 percent, and inflation coming back at a moderate pace in the United States, the United Kingdom and the Eurozone, will the commercial real-estate market attract investors?

The European office-space market is in good shape, despite political uncertainties in Europe.

In its last study on the European market for office space, BNP Paribas stated that the office market take-up rate in Europe increased in 2016 for the third year in a row, reaching its best performance since 2007. European office demand increased by 2 percent from 2015 to 2016, following closely the recovery rate of the labour market: 11.4 million square meters were taken up in 2016.

However, major economies have not experienced the same evolution:

BNP Paribas also commented in its report that the European markets’ vacancy rates continued shrinking in 2016, led by the German market. Germany is experiencing massive demand, and the lack of delivery is resulting in vacancy rates reaching new lows. Central London retains one of the lowest vacancy rates in Europe, but this is starting to grow, prompted by a drop in take-up combined with new supply (+140 basis points compared to the end of 2015).

The global amount of investments went from €255.5 billion in 2015 to €229.7 billion in 2016. The share of foreign investors declined in 2016, and American investments were the most impacted. The main reason for the decrease was investors’ beliefs that value and risk curves were peaking.

Central Paris (€15.6 billion) has become the number-one office-space investment market in Europe for the first time in the past 10 years, followed by Central London (€15.3 billion). Inflation is one of the main drivers for hope in increased rental revenues; but on the opposite side, long-term interest rates are also an important indicator to look at. The low level of 10-year rates should not totally follow the same indicator as in the US in 2017: the European Central Bank’s (ECB’s) monetary policies and the still moderate level of European economic indicators should limit tension on long-term bond yields in the Eurozone.

Prime yields in Europe have been estimated to have dropped by 30 basis points from fourth quarter 2015 to fourth quarter 2016, reaching an average 4.87 percent. The high volume of liquidity and very low, even sometimes negative, 10-year bond interest rates have led to yields shrinking. In Germany, the 10-year bund rate was negative in third quarter 2016 at -0.19 percent, and it landed at 0.11 percent in the fourth quarter.

During the recent International Market for Real Estate Professionals (MIPIM: Le marché international des professionnels de l’immobilier), innovation and digital were the main themes addressed by the 23,000 real-estate professional participants. The “classic office” model is evolving towards open, collaborative and connected workspaces—a major challenge for designers facing a booming commercial real-estate market. These new environments have to be designed with the sole purpose of encouraging encounter, connection and exchange between employees, thus guaranteeing creativity and productivity.

“A new language is needed today for a new generation of offices,” explains Alexandra Villegas, architect and main associate at Studios Architecture.

WELL Building Standard certification is a new trend to help improve employees’ working experience. Putting the human being back at the heart of priorities seems to attract many companies that look at the quality of life of their employees but also the retention of their best talent.

Finally, technology was also at the centre of the MIPIM through the value chain of the sector, with major groups competing in the innovation area—Bouygues Immobilier presented its Smart City project; Icade shared the business park 2.0, in which shared services are completely redesigned; and Nexity exposed its latest results in lab research, such as Li-Fi, Internet transmission by light.

Innovation should certainly improve future user experiences by using the most interesting technologies whenever possible in office buildings.

European Nonperforming Loans: What to Do with a Burden Representing 5 Percent of European GDP?